No159 MY REM Minimal Music poster 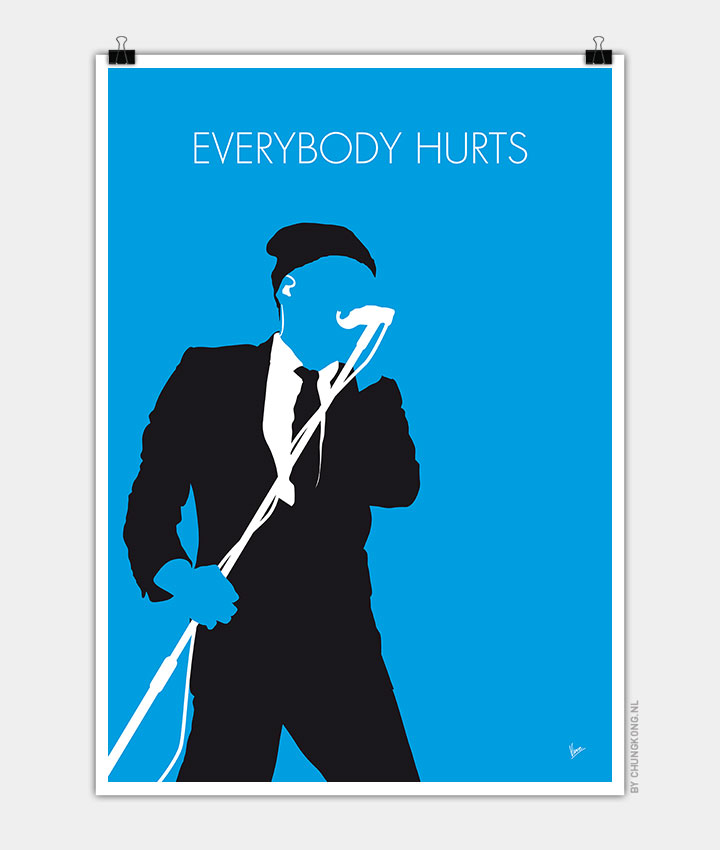 “Everybody Hurts” is a song by American rock band R.E.M., originally released on the band’s 1992 album Automatic for the People and was also released as a single in 1993. It peaked at number twenty nine on the Billboard Hot 100, and peaked within the top ten of the charts in Canada, Australia, the United Kingdom, Ireland and France.

Much of the song was written by drummer Bill Berry, although as R.E.M. shares songwriting credits among its members, it is unknown how much he actually wrote. Berry’s drums are largely absent from the song—a Univox drum machine took his place—but he was responsible for the sampling of the drum pattern on the track. The string arrangement was written by Led Zeppelin bassist John Paul Jones.