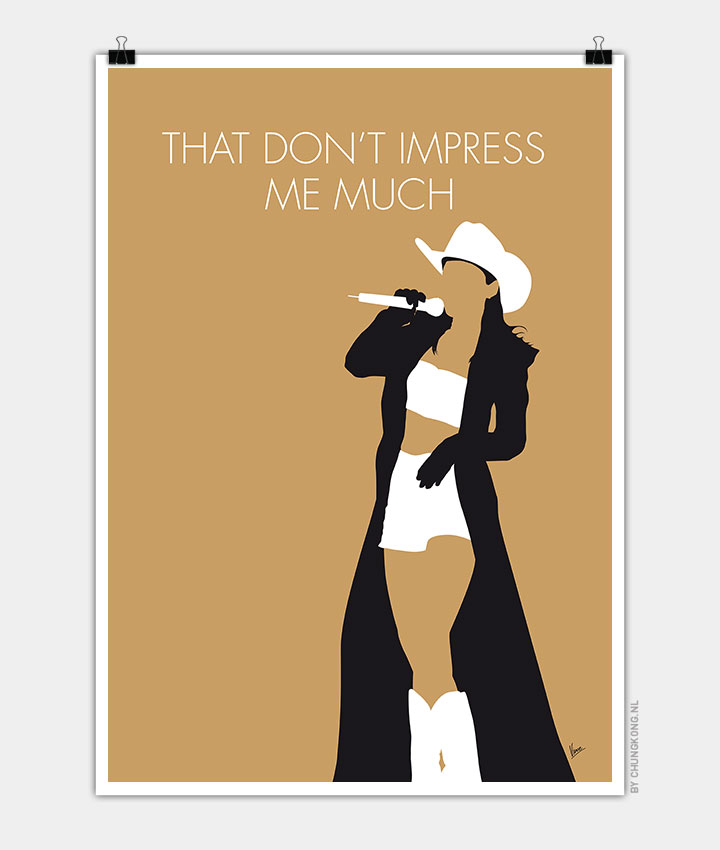 “That Don’t Impress Me Much” is a song co-written and recorded by Canadian singer Shania Twain. It was released in December 1998 as the sixth country single from her third studio album, Come On Over (1997). It was third to pop and fourth to international markets. The song was written by Robert John “Mutt” Lange and Twain, and was originally released to North American country radio stations in late 1998. It became her third biggest single on the Billboard Hot 100 and remains one of Twain’s biggest hits worldwide. “That Don’t Impress Me Much” was included in both the Come On Over and Up! Tours. The country version was performed on the Come on Over Tour and the dance version on the Up! Tour. “That Don’t Impress Me Much” was named Foreign Hit of the Year at the 2000 Danish Grammy Awards.

A dance-pop remix of the song was used as the official song of the 2003 CONCACAF Gold Cup. It was later featured on Twain’s Greatest Hits album.