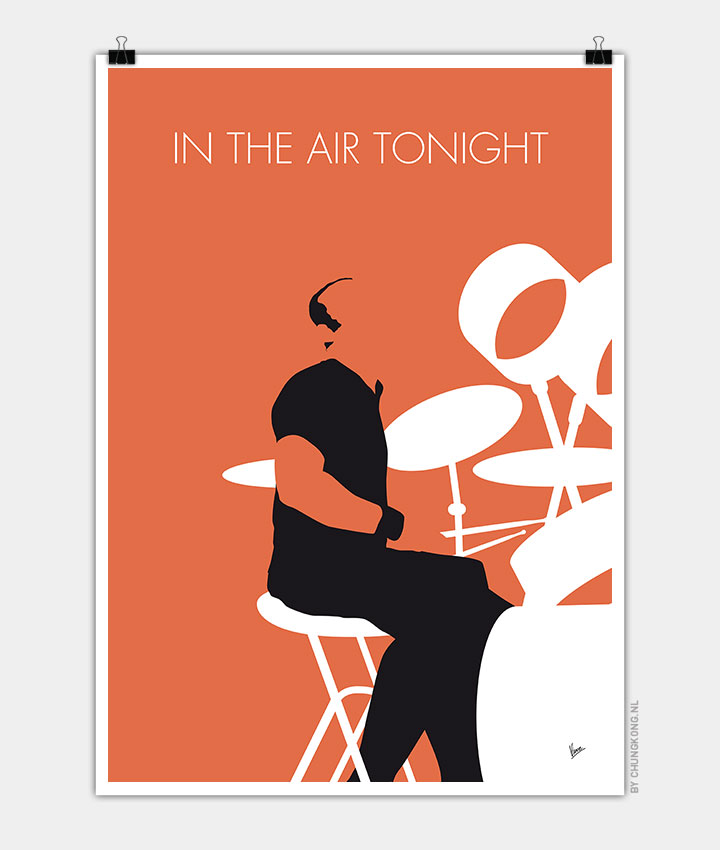 “In the Air Tonight” is the debut solo single by the English singer-songwriter and drummer Phil Collins. It was released as the lead single from Collins’ debut solo album, Face Value, in January 1981.

Collins co-produced the single with Hugh Padgham, who became a frequent collaborator in the following years. The song was an instant hit, quickly climbing to No. 2 on the UK Singles chart but was held off the top spot by a posthumous release of John Lennon’s “Woman”. It was also an international hit, peaking at No. 19 on the Billboard Hot 100 in the United States and No. 1 in the Netherlands.[citation needed] It was later certified Gold by the RIAA, representing 500,000 copies sold. The song’s music video, directed by Stuart Orme, received heavy play on MTV when the new cable music video channel launched in August 1981. It remains one of Collins’ best-known hits, often cited as his signature song, and is especially famous for his drum break towards the end, which has been described as “the sleekest, most melodramatic drum break in history”