No168 MY Shakira Minimal Music poster 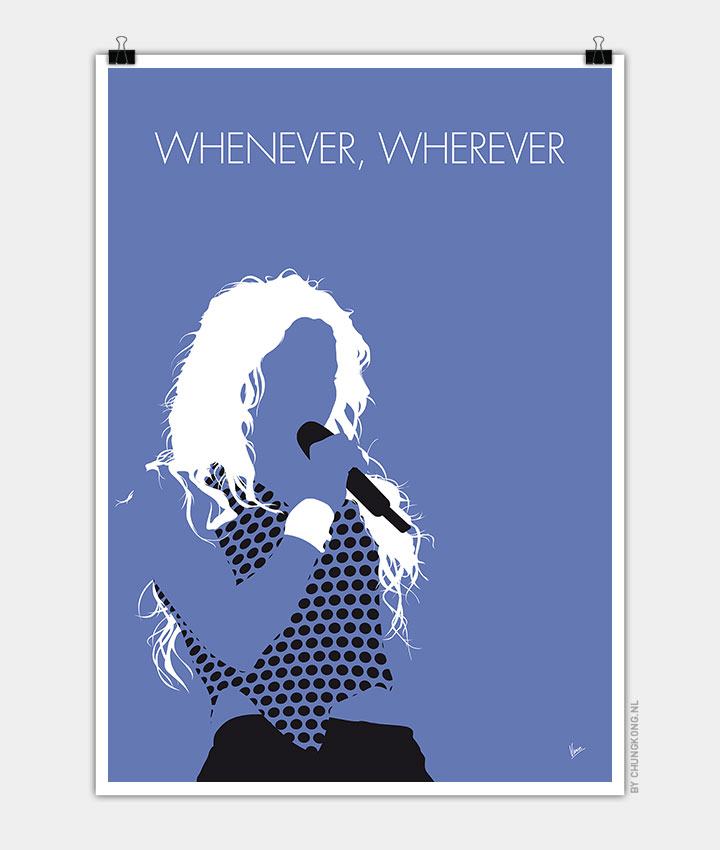 “Whenever, Wherever” is a song by Colombian singer-songwriter Shakira for her third studio album and English-language debut, Laundry Service. It was released on 27 August 2001, by Epic Records as the lead single from the album. The song was written and produced by Shakira and Tim Mitchell, with additional songwriting from Gloria Estefan. “Whenever, Wherever” is a mix of Latin music and worldbeat that heavily influenced by Andean music. A Spanish version of the song, entitled “Suerte” (“Luck”), lyrically discusses how fortunate Shakira is to have found her romantic partner.