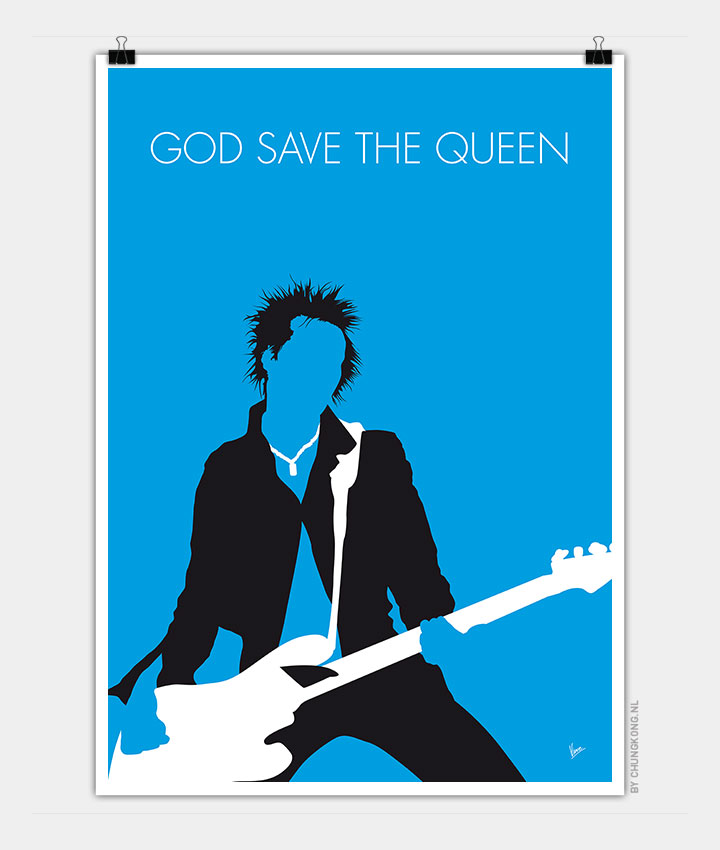 “God Save the Queen” is a song by the British punk rock band the Sex Pistols. It was released as the band’s second single and was later included on their only album, Never Mind the Bollocks, Here’s the Sex Pistols. The song was released during Queen Elizabeth II’s Silver Jubilee in 1977. The record’s lyrics, as well as the cover, were controversial at the time, and both the BBC and the Independent Broadcasting Authority refused to play the song. The song is an attack on the treatment of working-class people in England in the 1970s by the UK Government.

The song reached #1 on the NME charts in the United Kingdom, and made it to #2 on the official UK Singles Chart as used by the BBC. This led to accusations by some that the charts had been “fixed” to prevent the song from reaching No. 1.