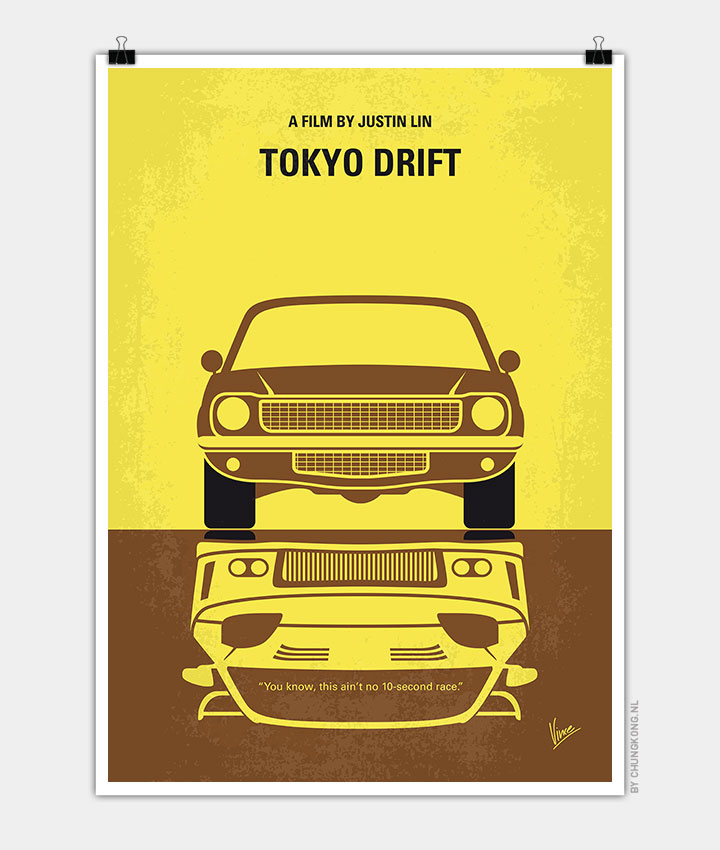 A teenager becomes a major competitor in the world of drift racing after moving in with his father in Tokyo to avoid a jail sentence in America.

Storyline
Sean Boswell, who has always been an outsider. A loner at school, his only connection to the indifferent world around him is through illegal street racing — which has made him particularly unpopular with the local authorities. To avoid jail time, Sean is sent out of the country to live with his Farther in the military, in a cramped apartment in a low-rent section of Tokyo. In the land that gave birth to the majority of modified racers on the road, the simple street race has been replaced by the ultimate pedal-to-the-metal, gravity-defying automotive challenge … drift racing, a deadly combination of brutal speed on heart stopping courses of hairpin turns and switchbacks. For his first unsuccessful foray in drift racing, Shean unknowingly takes on D.K., the “Drift King,” with ties to the Yakuza, the Japanese crime machine.