No207-4 My Fast and Furious minimal movie poster 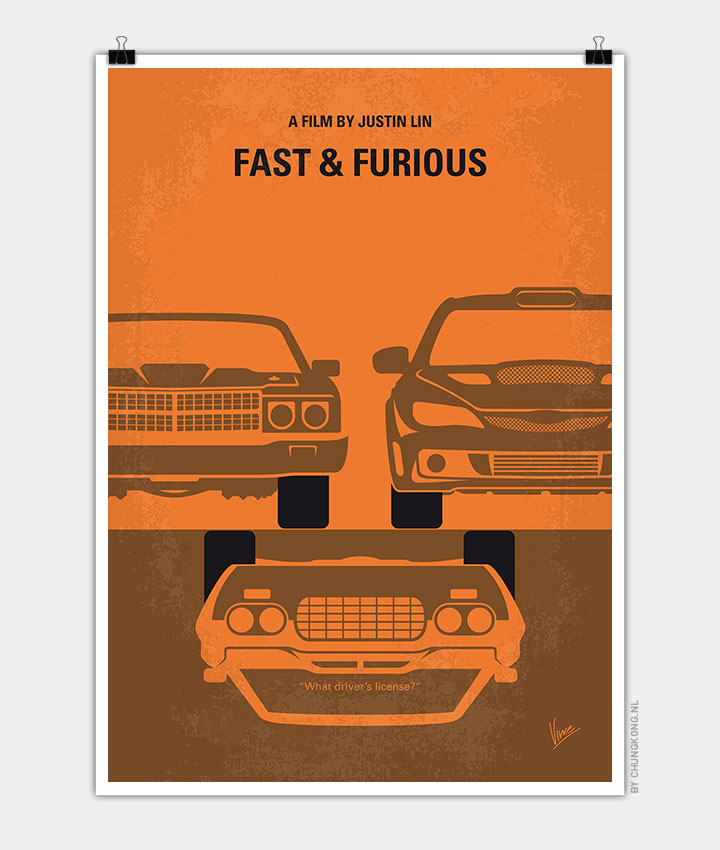 Brian O’Conner, back working for the FBI in Los Angeles, teams up with Dominic Toretto to bring down a heroin importer by infiltrating his operation.

Storyline
Dominic Toretto, street racer-thief who’s still wanted by both the law and some criminals he has crossed, decides to cut himself from everyone close to him including his girlfriend Letty. Later he learns Letty was killed in L.A. so he returns to find out what happened. Brian Conner, an undercover cop allowed Dom to escape instead of turning him in, now works for the FBI. He’s been searching for a elusive drug dealer known as Braga. His trail leads him to the same man that Dom is looking for. It seems that Letty was working as a courier for Braga. When Braga searches for some new drivers, Dom and Brian put themselves forward. Dom wants to get to the man who killed Letty while Brian is looking for Braga.