No207-6 My Furious 6 minimal movie poster 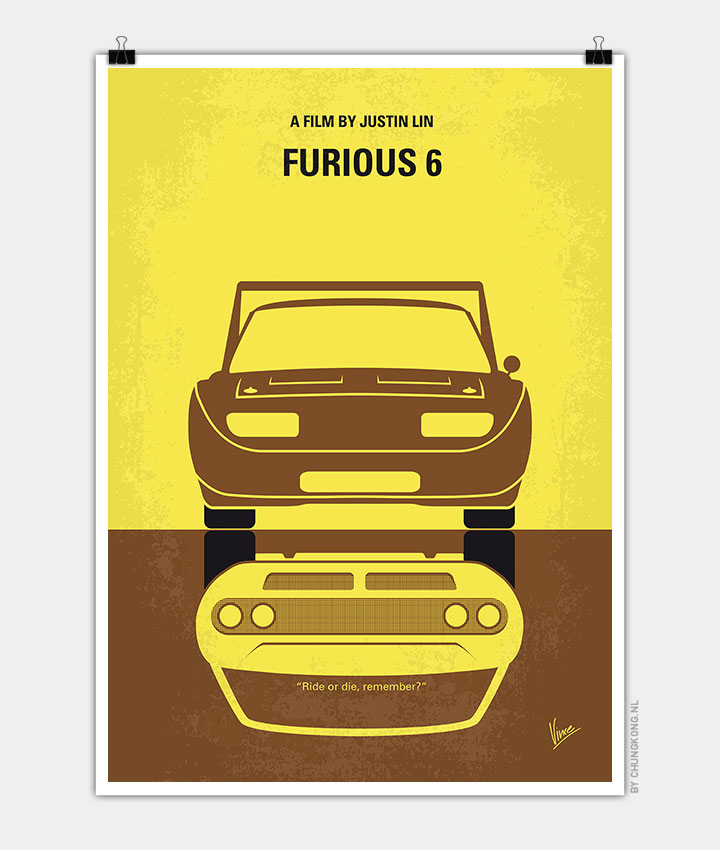 Hobbs has Dominic and Brian reassemble their crew to take down a team of mercenaries: Dominic unexpectedly gets convoluted also facing his presumed deceased girlfriend, Letty.

Storyline Luke Hobbs, the criminal tracer has been tracking a man named Shaw who’s a former military man who headed a mobile tactical unit. And when Hobbs finally gets a lead on him, he decides to recruit Dominic Toretto to help him get him. He goes to see Dominic and tells him that his girlfriend, Letty whom he thought was dead, is alive and part of Shaw’s crew. So Dom calls Brian, Roman. Han, Tej and Gisele to help him. And they go to where they think Shaw will make his next move in London. When Hobbs makes his move, they learn that Shaw played them and they try to get him but he’s too good.