No310 My Porkys minimal movie poster 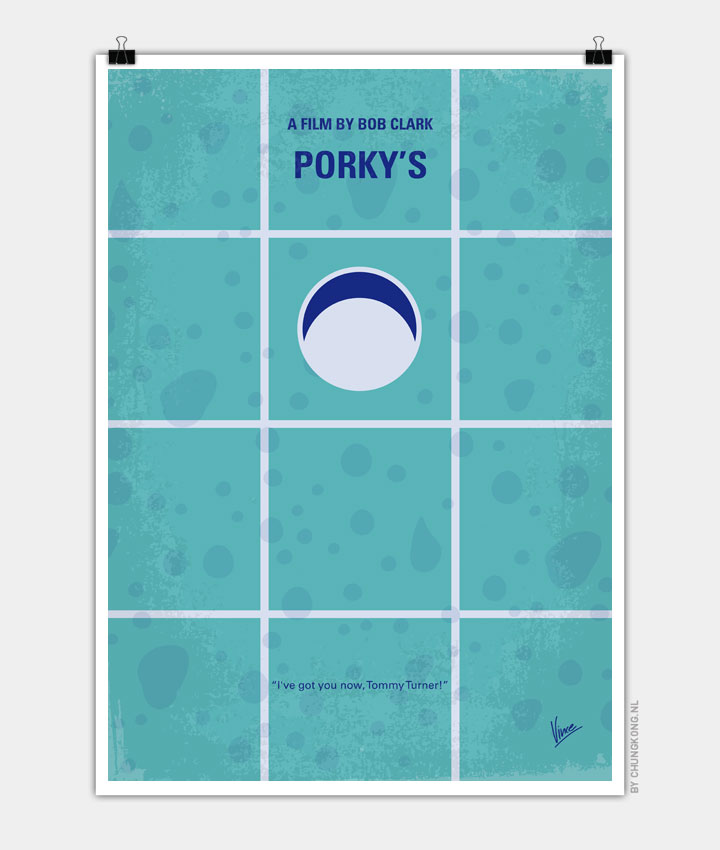 Set in 1954, a group of Florida high schoolers seek out to help a buddy lose his virginity, which leads them to seek revenge on a sleazy nightclub owner and his redneck sheriff brother for harassing them.

Storyline
We follow a bunch of high school kids through a period in their puberty. Their lives mainly consist of watching the girls in the shower and making life a living hell for their teachers and for each other. The movie is packed with practical jokes and eccentric characters, like Pee Wee with the short dick (which he measures every morning) who met up for sex with the school “mattress” Wendy already wearing a rubber, or the fat teaching bitch Beulah Balbricker who is determined on making life a living hell for the boys. The name “Porky’s” is the name of a striptease bar the boys get thrown out of and humiliated later in the movie. They have their minds set on revenge, but that’s not easy as the owner’s brother is sheriff. Only by forgetting their internal differences can they defeat Porky and his gang.