No338 My wolf of wallstreet minimal movie poster 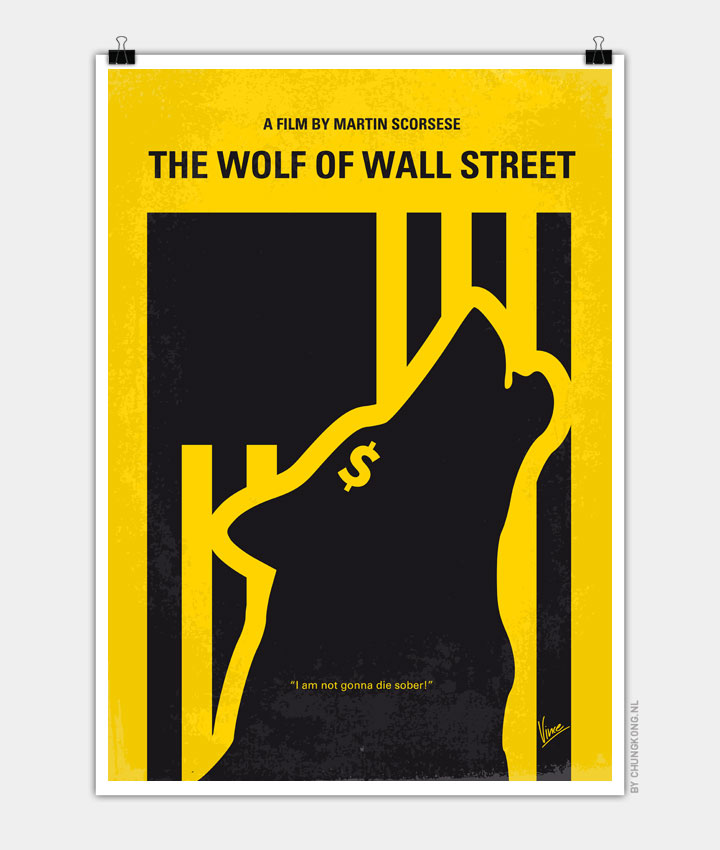 Based on the true story of Jordan Belfort, from his rise to a wealthy stock-broker living the high life to his fall involving crime, corruption and the federal government.

Storyline
In The Wolf of Wall Street DiCaprio plays Belfort, a Long Island penny stockbroker who served 36 months in prison for defrauding investors in a massive 1990s securities scam that involved widespread corruption on Wall Street and in the corporate banking world, including shoe designer Steve Madden.