No339 My The Rock minimal movie poster 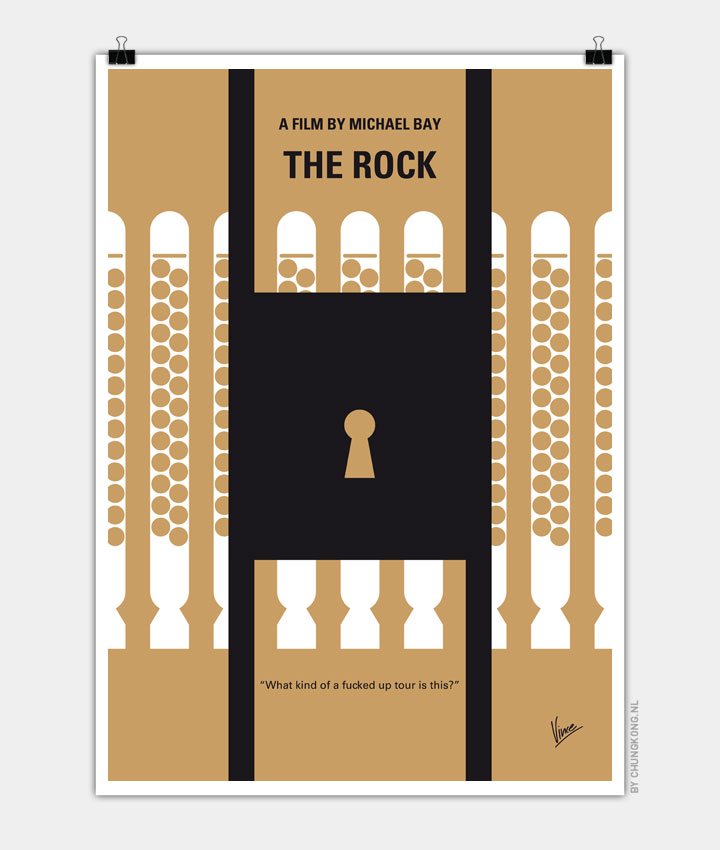 A mild-mannered chemist and an ex-con must lead the counterstrike when a rogue group of military men, led by a renegade general, threaten a nerve gas attack from Alcatraz against San Francisco.

Storyline
Stanley Goodspeed, who lives in Washington D.C., is a biochemist who works for the FBI. Soon after his fiancée Carla Pestalozzi announces that she is pregnant, Stanley gets a call from FBI director James Womack. Womack tells Stanley that San Francisco’s Alcatraz Island has been taken hostage, along with 81 tourists, by marine General Francis Xavier Hummel who, for years, has been protesting the government’s refusal to pay benefits to families of war veterans who died during covert military operations. The death of his wife Barbara Hummel on March 9, 1995 drove General Hummel over the edge, and now he’s holding hostages in order to get his point across. Stanley is needed because General Hummel has stolen some VX gas warheads and has announced that he will launch them onto San Francisco unless his demands are met. Stanley knows how to disarm the bombs, but Stanley needs someone who knows Alcatraz well enough to get him inside. That man is former British intelligence agent John Patrick…