No361 My The English Patient minimal movie poster 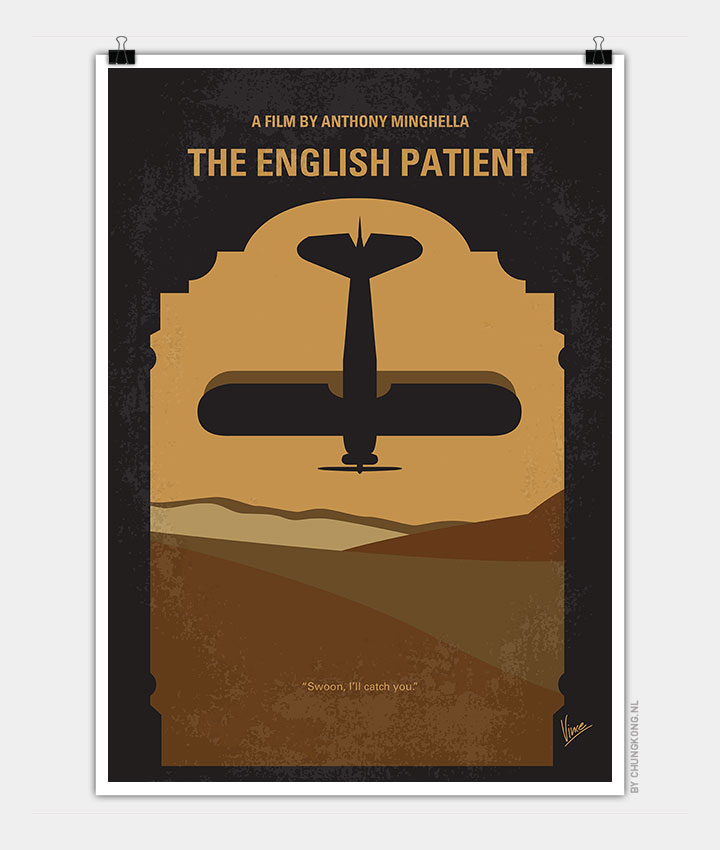 At the close of WWII, a young nurse tends to a badly-burned plane crash victim. His past is shown in flashbacks, revealing an involvement in a fateful love affair.

Storyline
Beginning in the 1930’s, “The English Patient” tells the story of Count Almásy who is a Hungarian map maker employed by the Royal Geographical Society to chart the vast expanses of the Sahara Desert along with several other prominent explorers. As World War II unfolds, Almásy enters into a world of love, betrayal, and politics that is later revealed in a series of flashbacks while Almásy is on his death bed after being horribly burned in a plane crash.