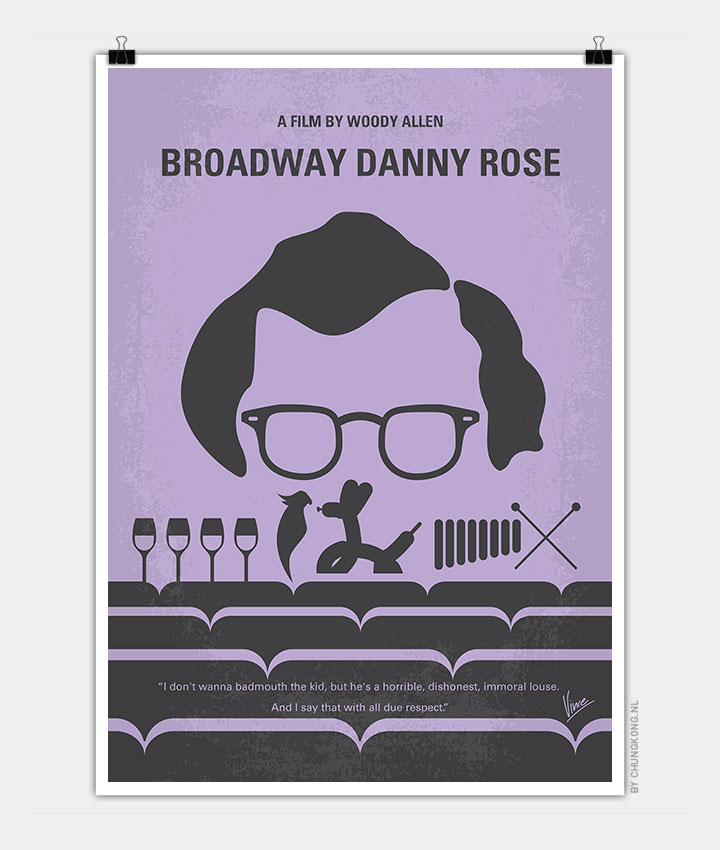 In his attempts to reconcile a lounge singer with his mistress, a hapless talent agent is mistaken as her lover by a jealous gangster.

Storyline
Danny Rose is a manager of artists, and although he’s not very successful, he nevertheless goes out of his way to help his acts. So when Lou Canova, a singer who has a chance of making a come-back, asks Danny to help him with a problem, Danny helps him. This problem is Lou’s mistress Tina. Lou wants Tina to be at his concerts, otherwise he can’t perform, but he’s married, so Danny has to take her along as if she was his girlfriend. Danny however gets more than he has bargained for when two mobsters come looking for the guy who has hurt their brother by stealing the heart of Tina, the girl he loves.