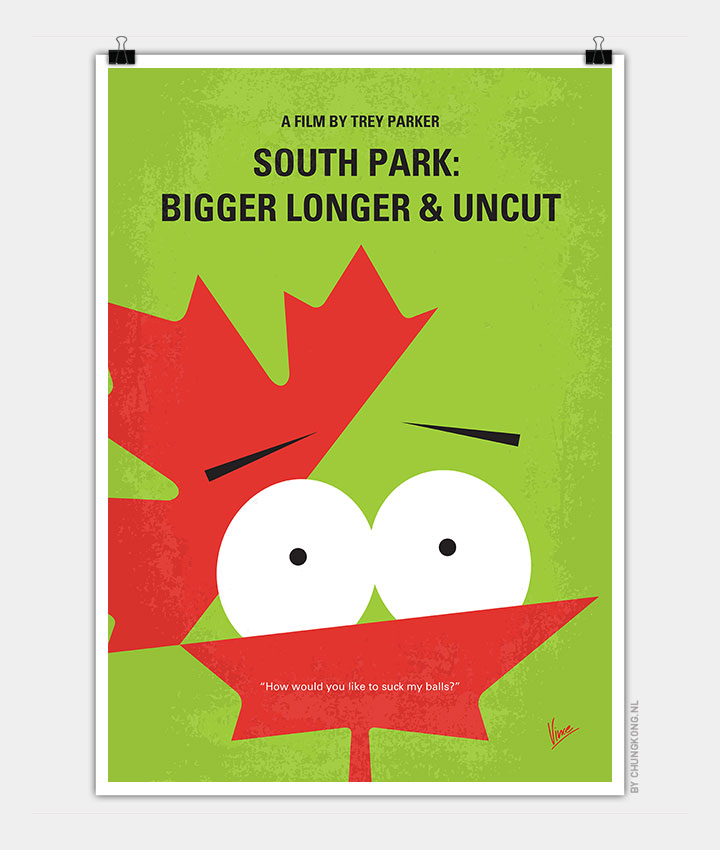 When the four boys see an R-rated movie featuring Canadians Terrance & Phillip, they are pronounced “corrupted”, and their parents pressure the United States to wage war against Canada.

Storyline
When Stan invites Kyle, Kyle’s brother Ike, Cartman and Kenny to an R-rated movie starring their two favorite comedians, Terrance and Phillip, the boys teach their friends the cuss words they learned from the movie. After getting sent to the counselor’s office, Kyle’s mother, Sheila, is outraged by the movie, she starts a group that is against Canada. Canada now is at war with the United States, after being discriminated at for far too long. With Terrance and Phillip captured and sentenced to be executed, the boys must try to save the two Canadians in order to stop Satan and Sadam Hussan from ruling the world.