No373 My Austin Powers I minimal movie poster 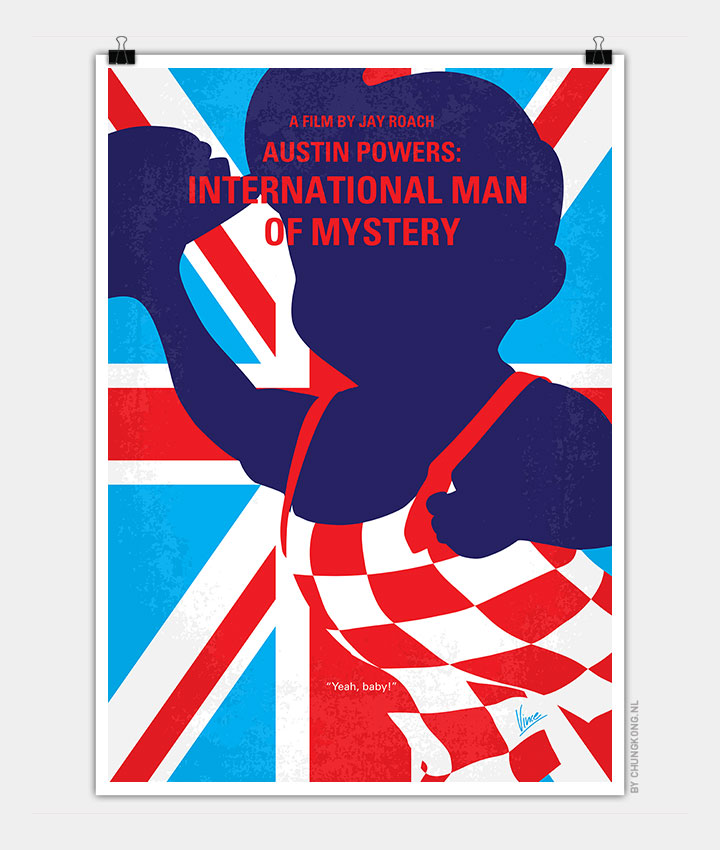 A 1960s hipster secret agent is brought out of cryofreeze to oppose his greatest enemy in the 1990s, where his social attitudes are glaringly out of place.

Storyline
Austin Powers is a 60’s spy who is cryonically frozen and released in the 1990’s. The world is a very different place for Powers. Unfortunately for Austin, everyone is no longer sex-mad. Although he may be in a different decade, his mission is still the same. He has teamed up with Vanessa Kensington to stop the evil Dr. Evil, who was also frozen in the past. Dr. Evil stole a nuclear weapon and is demanding a payment of (when he realises its the 90’s) 100 billion dollars. Can Austin Powers stop this madman? or will he caught up with Evil’s henchman, with names like Alotta Fagina and Random Task? Only time will tell!