No375 My Bananas minimal movie poster 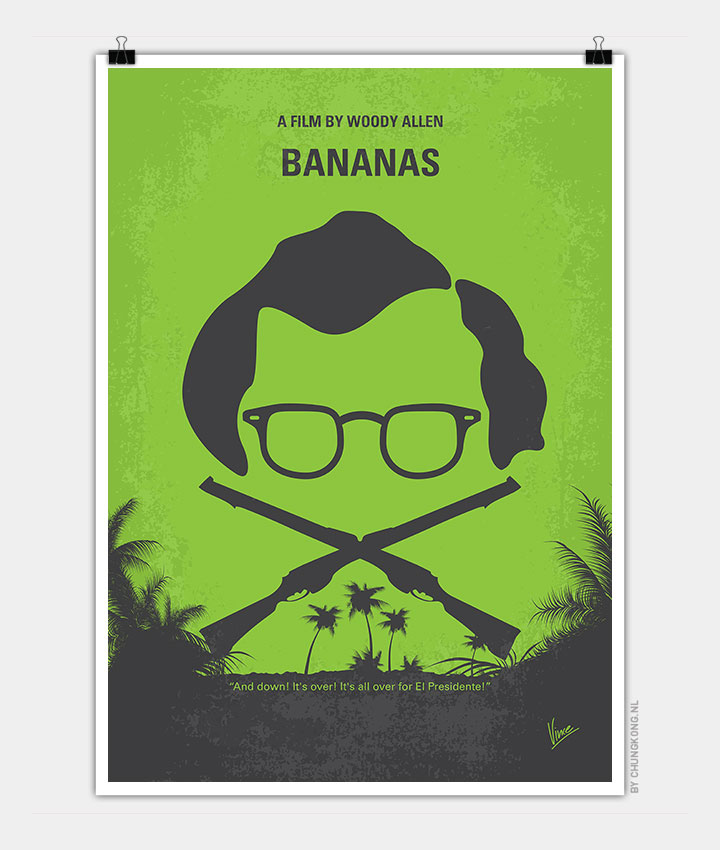 When a bumbling New Yorker is dumped by his activist girlfriend, he travels to a tiny Latin American nation and becomes involved in its latest rebellion.

Storyline
Fielding Mellish (a consumer products tester) becomes infatuated with Nancy (a political activist). He attends demonstrations and tries in other ways to convince her that he is worthy of her love, but Nancy wants someone with greater leadership potential. Fielding runs off to San Marcos where he joins the rebels and eventually becomes President of the country. While on a trip to the states, he meets Nancy again and she falls for him now that he is a political leader.