No376 My Planes, Trains and Automobiles minimal movie poster 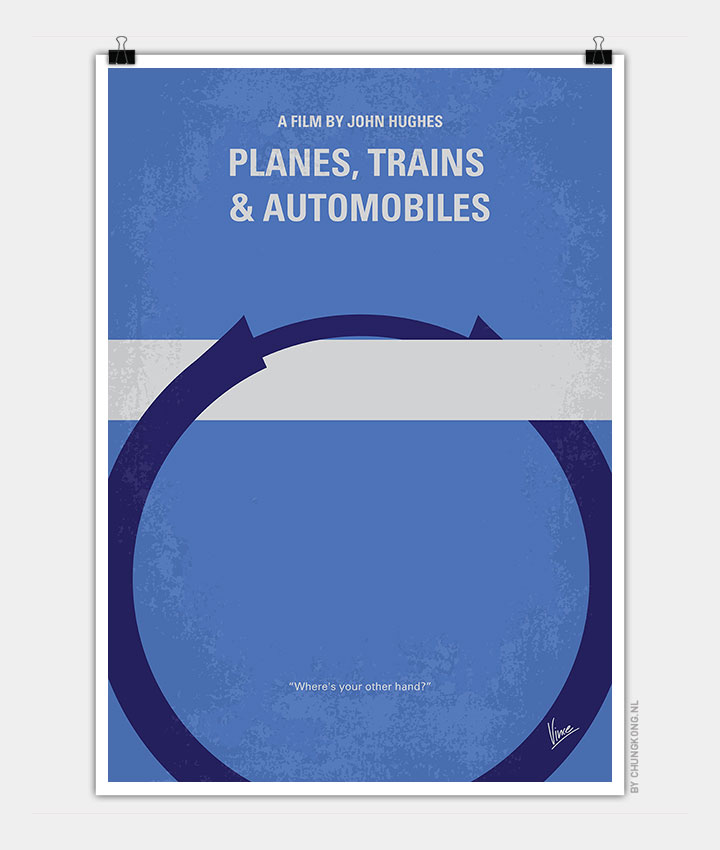 A man must struggle to travel home for Thanksgiving with an obnoxious slob of a shower ring salesman as his only companion.

Storyline
In New York, the marketing executive Neal Page wants to travel home in Chicago after hours for Thanksgiving. He has difficulties to get a taxi and his flight is cancelled. He meets in the airport the clumsy and talkative shower curtain ring salesman Del Griffith that has taken his cab and they travel side-by-side to Chicago. However the bad weather shutdown the O’Hare Airport and they land at Wichita, Kansas. They both want to go to Chicago and they decide to travel together. Along their journey Neal changes his viewpoint about Del Griffith and his own behavior.