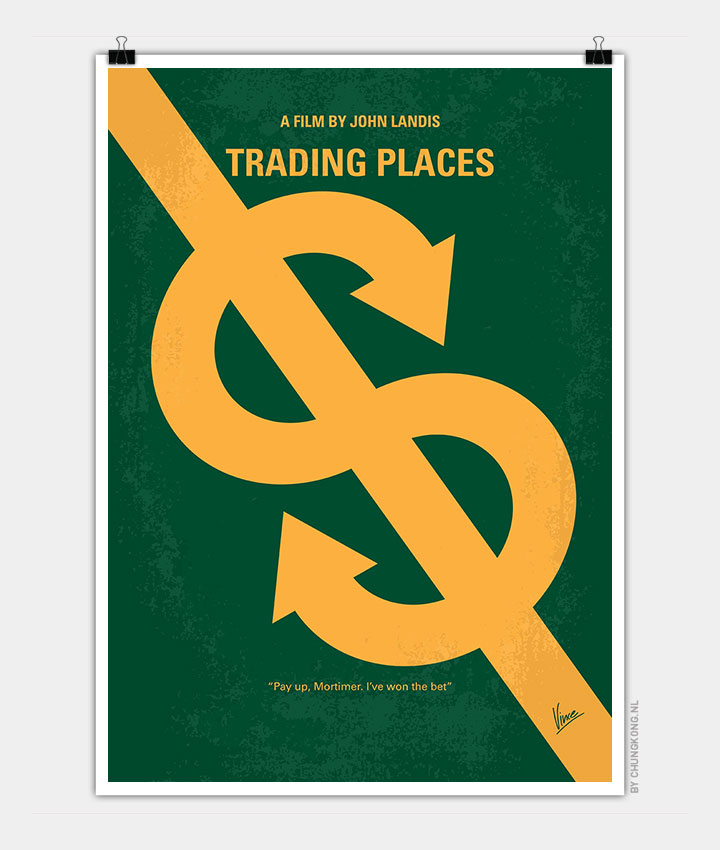 A snobbish investor and a wily street con artist find their positions reversed as part of a bet by two callous millionaires.

Storyline
Louis Winthorpe is a businessman who works for commodities brokerage firm of Duke and Duke owned by the brothers Mortimer and Randolph Duke. Now they bicker over the most trivial of matters and what they are bickering about is whether it’s a person’s environment or heredity that determines how well they will do in life. When Winthorpe bumps into Billy Ray Valentine, a street hustler and assumes he is trying to rob him, he has him arrested. Upon seeing how different the two men are, the brothers decide to make a wager as to what would happen if Winthorpe loses his job, his home and is shunned by everyone he knows and if Valentine was given Winthorpe’s job. So they proceed to have Winthorpe arrested and to be placed in a compromising position in front of his girlfriend. So all he has to rely on is the hooker who was hired to ruin him.