No381 My The Prestige minimal movie poster 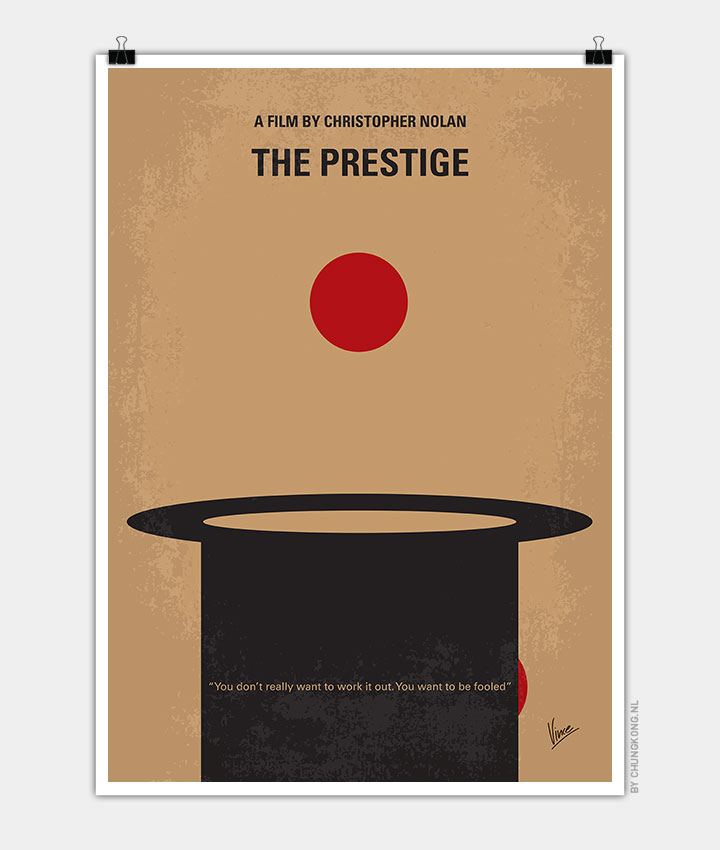 Two stage magicians engage in competitive one-upmanship in an attempt to create the ultimate stage illusion.

Storyline
In the end of the Nineteenth Century, in London, Robert Angier, his beloved wife Julia McCullough and Alfred Borden are friends and assistants of a magician. When Julia accidentally dies during a performance, Robert blames Alfred for her death and they become enemies. Both become famous and rival magicians, sabotaging the performance of the other on the stage. When Alfred performs a successful trick, Robert becomes obsessed trying to disclose the secret of his competitor with tragic consequences.