No388 My An Officer and a Gentleman minimal movie poster 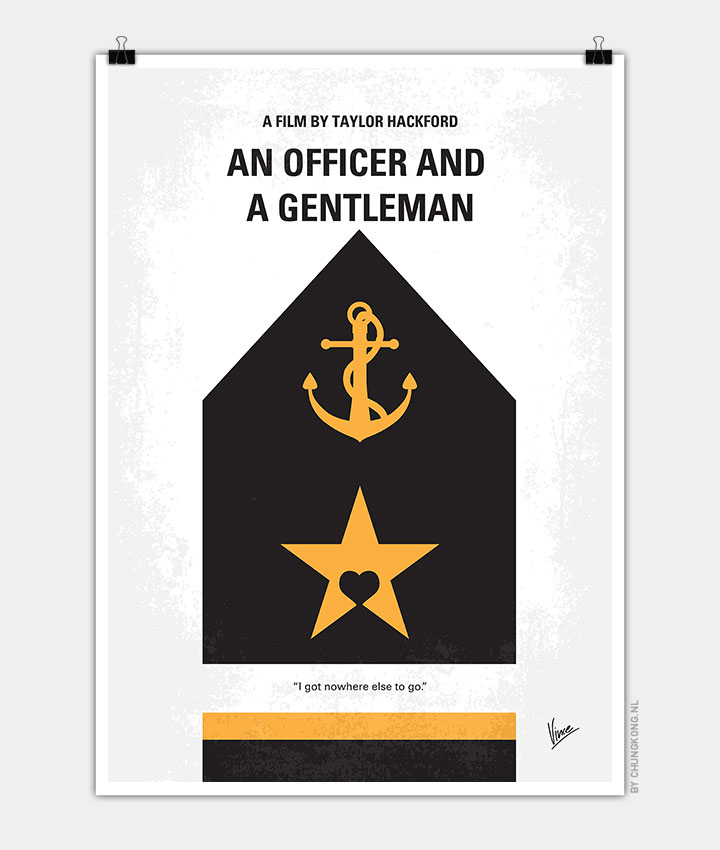 A young man must complete his work at a Navy Flight school to become an aviator, with the help of a tough gunnery sergeant and his new girlfriend.

Storyline
Zack Mayo is a loner who has never had to rely on anyone but himself. As a child, he was sent to live with his father, a career Navy man based in the Philippines, after his mother commits suicide. There he soon realized that he had to be tough and rely on no one. After graduating from college, he shocks his father by telling that he has enlisted in the Navy and will enter training as a naval aviator. There he brings the same loner attitude he has had all of his life. He does however meet Paula, an attractive young woman who often attends base functions in the hope of nabbing a young officer and Sid Worley, a classmate with whom he forms a close bond. The training is difficult but not as tough as having to deal with their training officer, Gunnery Sergeant Emil Foley who teaches Zack a lesson in the importance of relying on your friends and colleagues.