No392 My Airplane! minimal movie poster 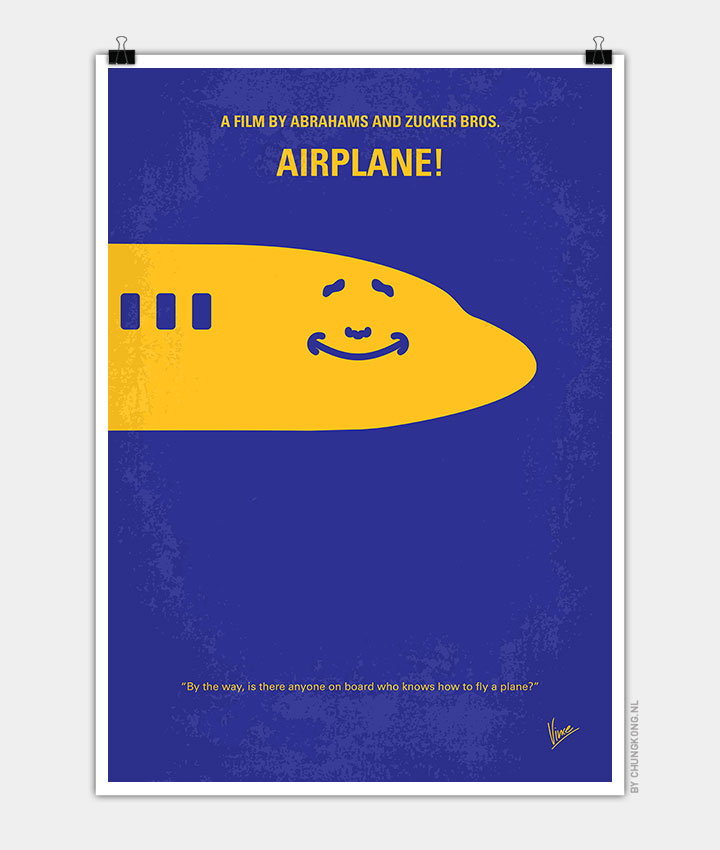 An airplane crew takes ill. Surely the only person capable of landing the plane is an ex-pilot afraid to fly. But don’t call him Shirley.

Storyline
Ted Striker just got dumped by his long-time girlfriend Elaine Dickinson, who works as a stewardess at Trans American Airlines. In his wish to get her back, he follows her aboard the plane, although he has had a deep aversion against anything winged since he lost several men in the war. During flight, he tries to contact her again and again, but as the crew and many passengers get seriously ill due to a bad fish meal, he has no chance to get to her. In fact, Ted Striker seems to be the only healthy person aboard that has piloting experience. Now, it is up to him to get the bird down in Chicago safely, before the poisoning starts causing casualties. But Ted Striker’s aversion really is a serious psychosis, which breaks open and needs to be cured – right now.