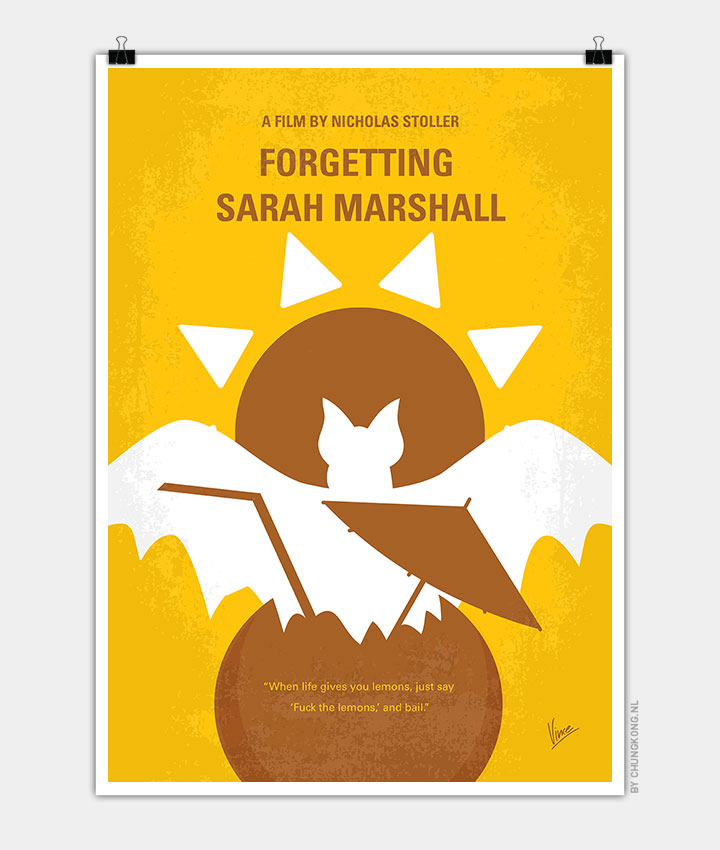 Devastated Peter takes a Hawaiian vacation in order to deal with the recent break-up with his TV star girlfriend, Sarah. Little does he know, Sarah’s traveling to the same resort as her ex – and she’s bringing along her new boyfriend.

Storyline
Peter is a composer and a likable sad sack who’s devastated when his girlfriend of five years, Sarah Marshall, the star of a cheesy CSI-style crime show, dumps him. He weeps, he rails, he mopes. Finally, his step-brother Brian suggests Hawaii, so Peter heads for a resort on Oahu where, as he’s checking in, he sees Sarah and her new beau, Aldous, a polymorphously perverse English rocker. The weeping and moping start again, until Peter is rescued by Rachel, a thoughtful hotel clerk who invites him to a luau and to hang out. Although he constantly runs into Sarah and Aldous, Peter starts to come alive again. Will Sarah realize what she’s lost, and what about Rachel?