No395 My The People vs. Larry Flynt minimal movie poster 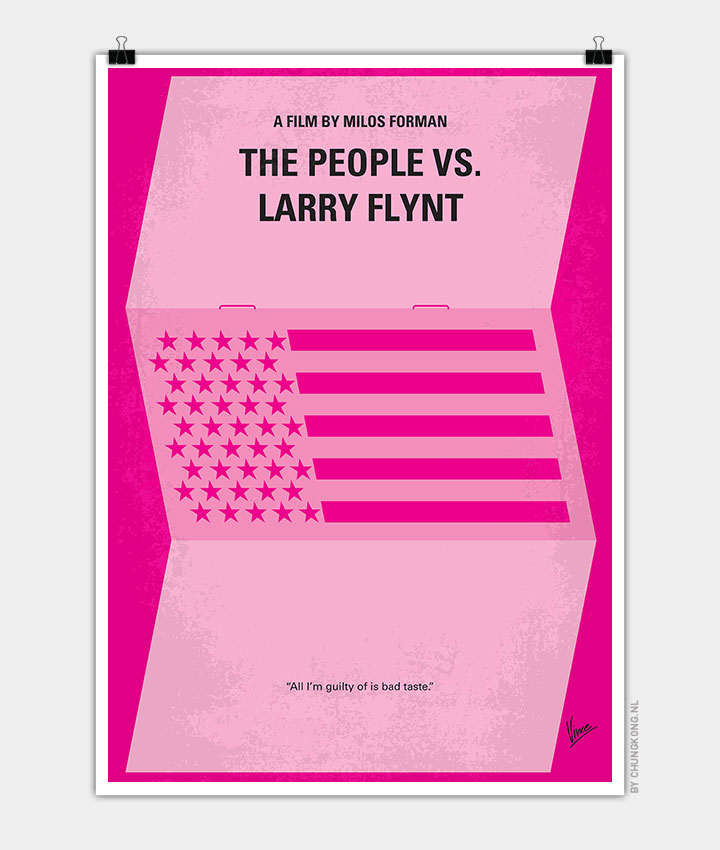 A partially idealized film of the controversial pornography publisher and how he became a defender of free speech for all people.

Storyline
Strip club owner Larry Flynt and his wife, Althea, create a pornographic magazine that ignores society’s morals and taboos. “Hustler” magazine brings the Flynts not only millions in profit but also the wrath of “decent” people. Flynt and his overburdened attorney find themselves in courtrooms all over the nation defending Larry against criminal and civil charges. In the meantime, Flynt is beset by paralysis, the result of an assassination attempt, drug addiction, mental illness, and Althea’s failing health.