No406 My The Iron Giant minimal movie poster 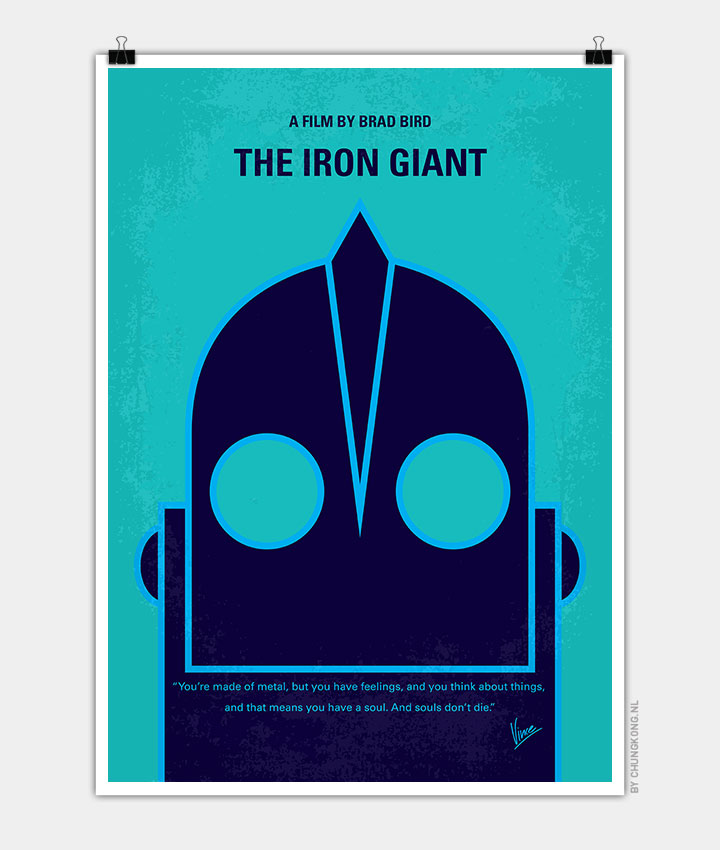 A boy makes friends with an innocent alien giant robot that a paranoid government agent wants to destroy.

Storyline
This is the story of a nine-year-old boy named Hogarth Hughes who makes friends with an innocent alien giant robot that came from outer space. Meanwhile, a paranoid U.S. Government agent named Kent Mansley arrives in town, determined to destroy the giant at all costs. It’s up to Hogarth to protect him by keeping him at Dean McCoppin’s place in the junkyard.