No408 My The Unbearable Lightness of Being poster 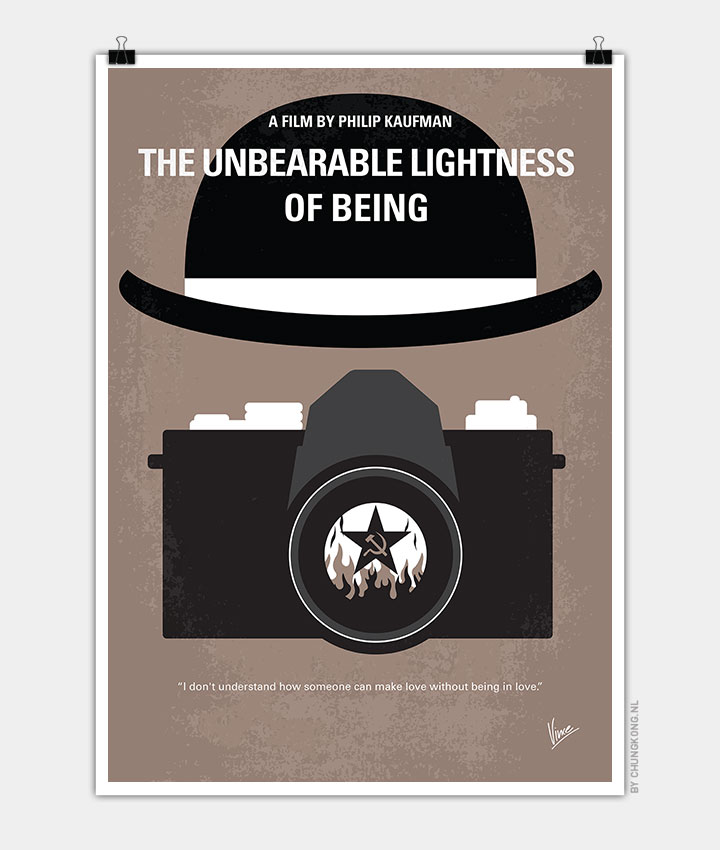 In 1968, a Czech doctor with an active sex life meets a woman who wants monogamy, and then the Soviet invasion further disrupts their lives.

Storyline
Tomas is a doctor and a lady-killer in 1960s Czechoslovakia, an apolitical man who is struck with love for the bookish country girl Tereza; his more sophisticated sometime lover Sabina eventually accepts their relationship and the two women form an electric friendship. The three are caught up in the events of the Prague Spring (1968), until the Soviet tanks crush the non-violent rebels; their illusions are shattered and their lives change forever.