No420 My ANY GIVEN SUNDAY minimal movie poster 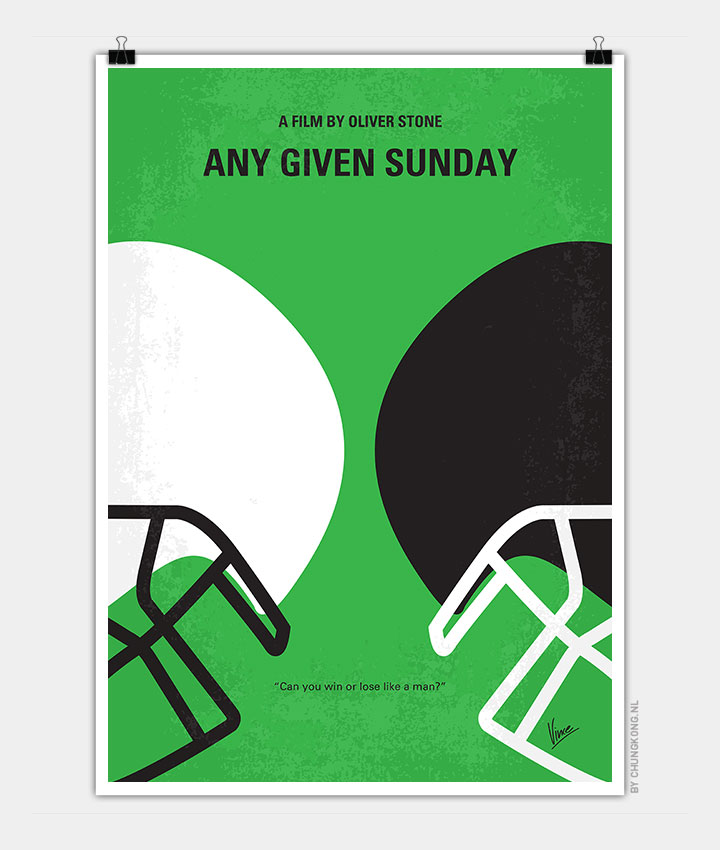 A behind-the-scenes look at the life-and-death struggles of modern-day gladiators and those who lead them.

Storyline
When a devastating hit knocks a professional football legend and quarterback Cap Rooney out of the game, a young, unknown third-stringer is called in to replace him. Having ridden the bench for years because of a string of bad luck stories and perhaps insufficient character, Willie Beaman seizes what may be his last chance, and lights up the field with a raw display of athletic prowess. His stunning performance over several games is so outstanding and fresh it seems to augur a new era in the history of this Miami franchise, and forces aging coach Tony D’Amato to reevaluate his time-tested values and strategies and begin to confront the fact that the game, as well as post-modern life may be passing him by. Adding to the pressure on D’Amato to win at any cost is the aggressive young President/Co-owner of the team, Christina Pagniacci, now coming into her own after her father’s death. Christina’s driving desire to prove herself in a male dominated world is intensified by her focus on the marketing and business of football, in which all coaches and players are merely properties.