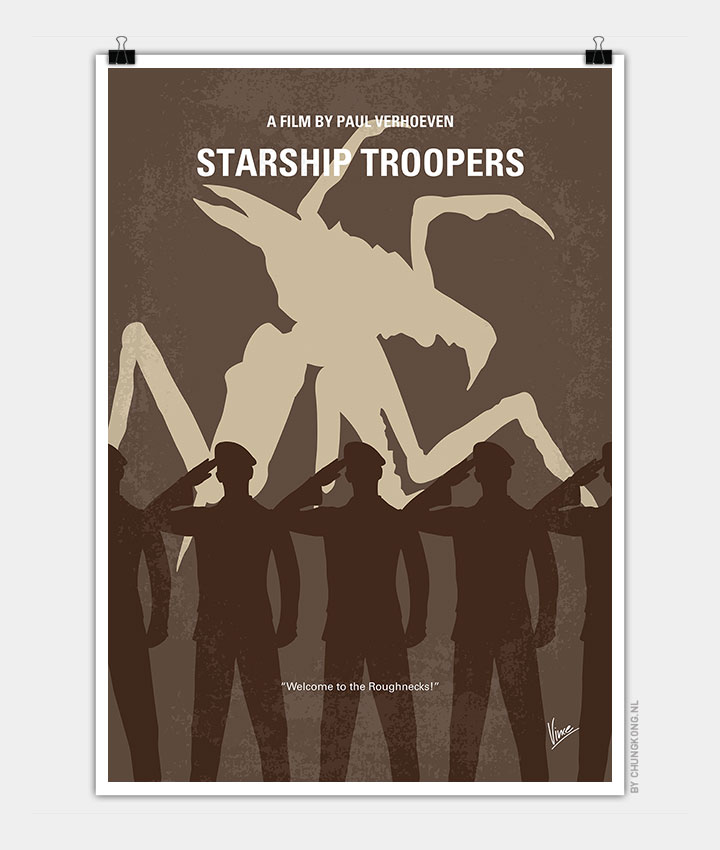 Humans in a fascistic, militaristic future do battle with giant alien bugs in a fight for survival.

Storyline
Set on the future earth, Johnny rico is a young student dating a girl named Carmen. When Carmen decides to join the military in order to become a class citizen (citizenship is only achieved through serving your country), Johnny follows and joins as well. He soon realizes that he joined for the wrong reasons but just as he is about to quit, an asteroid that originated from the orbit of planet “klendathu” hits Buenos Aires (his home town) and kills his family. Johnny and his fellow troopers set out to destroy the planet’s inhabitants: a type of deadly and very large scaled space bugs. Through a seemingly ordinary action flick, director paul verhoeven creates a subtle anti-war theme, that shows us a fascist and military world far more frightening than WW2’s Germany, Italy or Russia, the kind of world that is actually functioning.