No433 My Piranha minimal movie poster 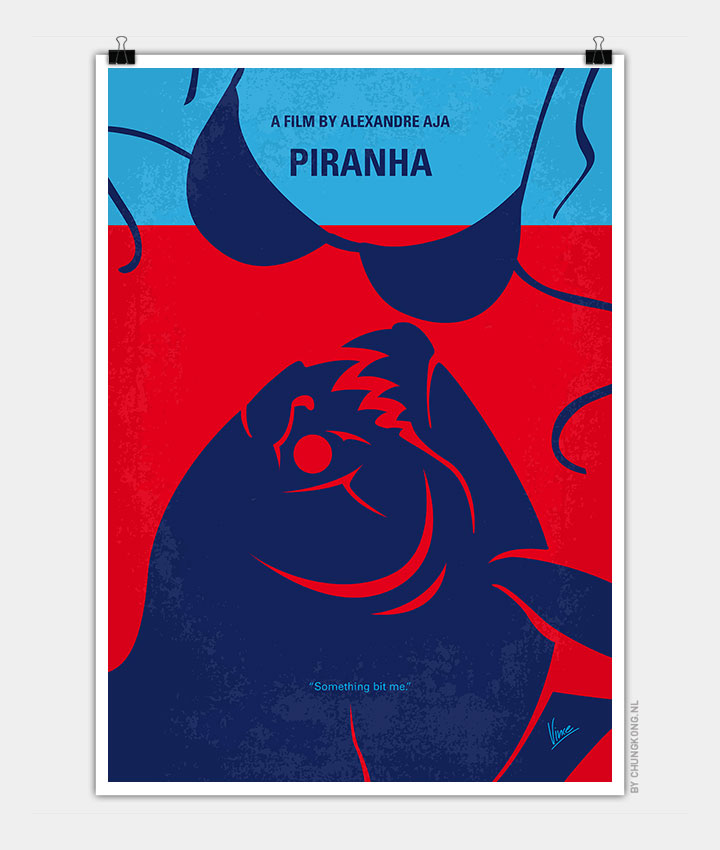 After a sudden underwater tremor sets free scores of the prehistoric man-eating fish, an unlikely group of strangers must band together to stop themselves from becoming fish food for the area’s new razor-toothed residents.

Storyline
Lake Victoria’s annual Spring party by 50,000 young revelers is about to turn into a feeding frenzy with prehistoric hunger-pains. With knee-trembler’s above the waves and tremors below, released from their dormant sleep, thousands upon thousands of flesh-eating nippers are released into the lake with whetted appetites and razor-sharp teeth. With a motley crew of strangers thrown together to defend these shores, it is now up to them to prevent the largest eat-out in human, and piranha, history.