No441 My Lock, Stock and Two Smoking Barrels poster 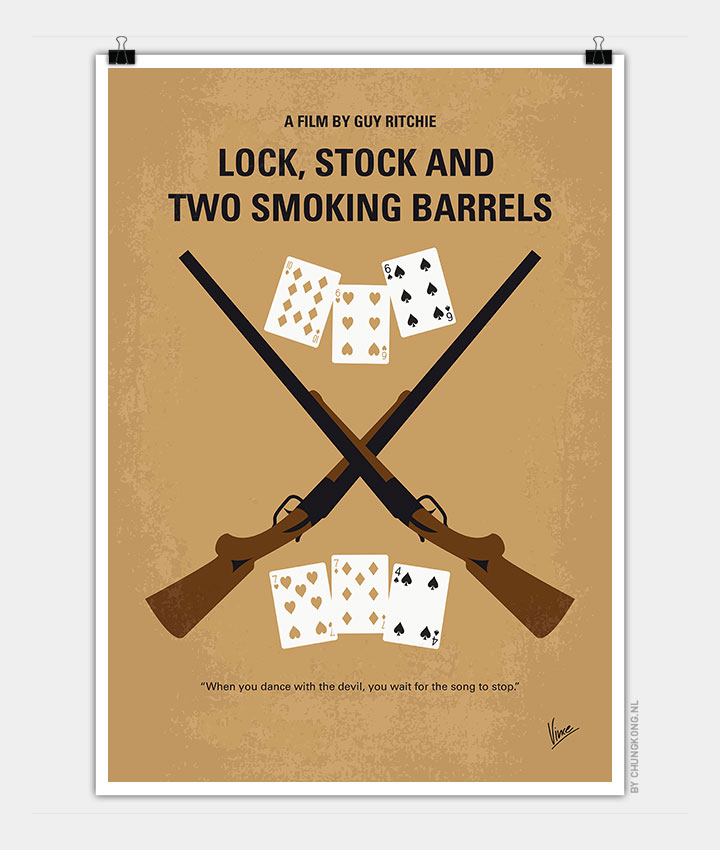 A botched card game in London triggers four friends, thugs, weed-growers, hard gangsters, loan sharks and debt collectors to collide with each other in a series of unexpected events, all for the sake of weed, cash and two antique shotguns.

Storyline
Eddy has been known as a cardsharp since he was young. So he and his three friends Soap, Tom and Bacon all decide to chip in £25,000 each to allow him to play in an illegal high-roller game run by one of the local villains, Hatchet Harry. However, Eddy didn’t realize the game was crooked and he ends up owing Harry £500,000 with dire threats about losing his fingers one at a time if he doesn’t pay within a week! Eddy and his friends discuss various completely illegal schemes to obtain the money and eventually decide to rip-off the gang of thieves next door who themselves are planning to raid a clandestine drug growing operation which keeps all of its money in shoe boxes where they grow the cannabis plants. The scheme is simple enough but the best laid plans of mice and men always seems to go awry as does this one. As extreme chaos breaks loose the violence and associated body count spiral out of control, Eddy and his friends realize that they are out of their depth and desperately try to find a way out before they too find themselves among the casualties!