No444 My Jackass minimal movie poster 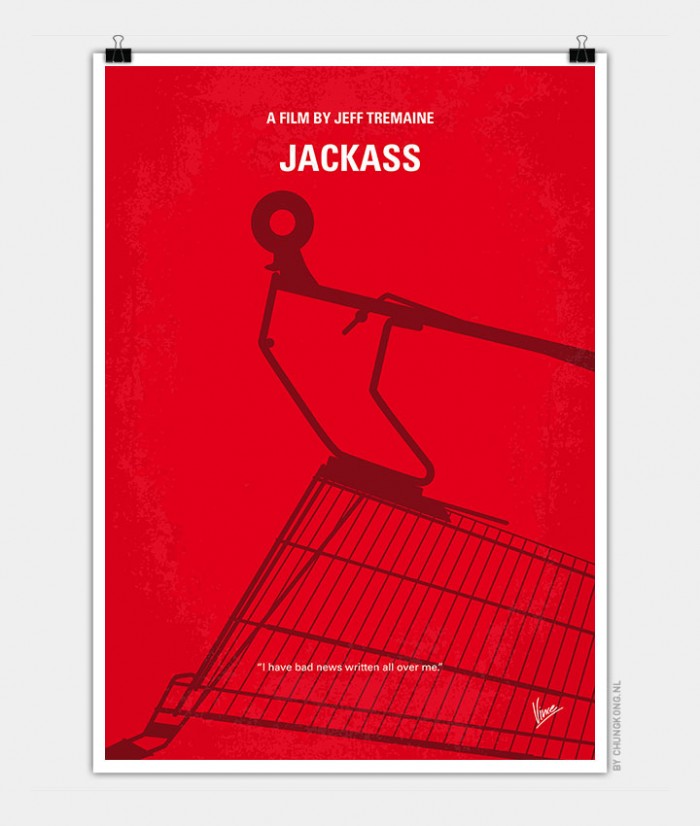 Johnny Knoxville and his band of maniacs perform a variety of stunts and gross-out gags on the big screen for the first time.

Storyline
Johnny Knoxville and his crazy friends appear on the big screen for the very first time in Jackass: The Movie. They wander around Japan in panda outfits, wreak havoc on a once civilized golf court, they even do stunts involving LIVE alligators, and so on. While Johnny Knoxvile and his pals put their life at risk, they are entertaining people at the same time. Get ready for Jackass: The Movie!!