No494-4 My Pirates of the Caribbean IV minimal movie poster 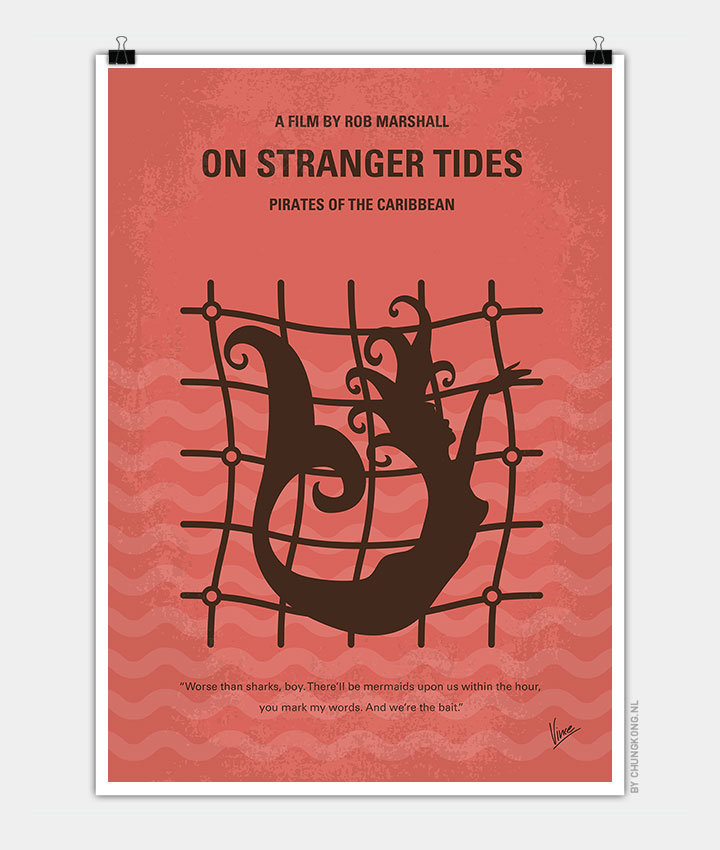 Jack Sparrow and Barbossa embark on a quest to find the elusive fountain of youth, only to discover that Blackbeard and his daughter are after it too.

Storyline
In London, Captain Jack Sparrow escapes from the soldiers that are chasing him and learns that an impostor is recruiting a crew and a vessel using his name. He meets the impersonator and finds that she actually is Angelica, a woman that he had seduced in a convent in Seville. Jack is abducted and when he awakes aboard, the ship is sailing, Angelica tells him that her father, the pirate Blackbeard, is cursed and he needs to find the legendary Ponce de Leon’s Fountain of Youth to save his life. They force Jack, who knows the location of the fountain, to guide them. Meanwhile, Barbossa is hired by King George to lead the British crew and dispute against the Spaniards and Blackbeard who arrives first in the fountain. But along their dangerous quest, they need to find first two chalices that belonged to Ponce de Leon and a tear of mermaid.