No518 My Plan 9 From Outer Space minimal movie poster 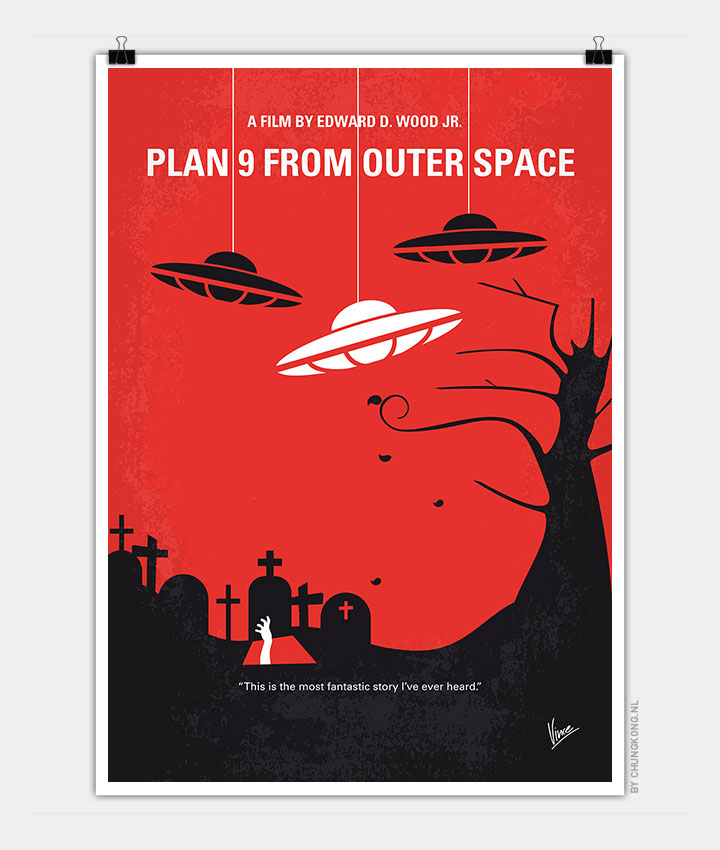 Aliens resurrect dead humans as zombies and vampires to stop humanity from creating the Solaranite (a sort of sun-driven bomb).

Storyline
In California, an old man (Bela Lugosi) grieves the loss of his wife (Vampira) and on the next day he also dies. However, the space soldier Eros and her mate Tanna use an electric device to resurrect them both and the strong Inspector Clay (Tor Johnson) that was murdered by the couple. Their intention is not to conquer Earth but to stop mankind from developing the powerful bomb “Solobonite” that would threaten the universe. When the population of Hollywood and Washington DC sees flying saucers on the sky, a colonel, a police lieutenant, a commercial pilot, his wife and a policeman try to stop the aliens.