No521 My Knocked Up minimal movie poster 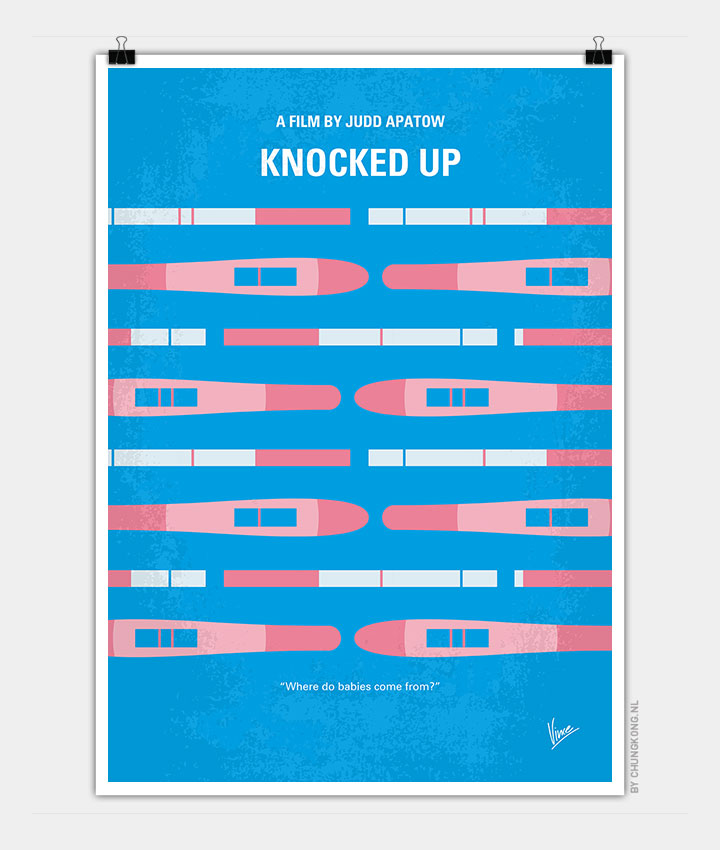 For fun loving party animal Ben Stone, the last thing he ever expected was for his one night stand to show up on his doorstep eight weeks later to tell him she’s pregnant.

Storyline
When Alison Scott is promoted in E! Television, she goes to a night-club to celebrate with her older married sister Debbie. Alison meets the pothead reckless Ben Stone and while having a small talk with Ben, Debbie’s husband Pete calls her to tell that their daughter has chicken pox. Debbie leaves the place but Allison stays with Ben, drinking and dancing along all night; completely wasted, they end up having a one night stand. Ben does not use condom and eight weeks later, Allison discovers that she is pregnant. She calls Ben and they decide to try to stay together and have the baby. However, Ben needs to grow-up first to raise a family of his own.