No522 My Showdown in Little Tokyo minimal movie 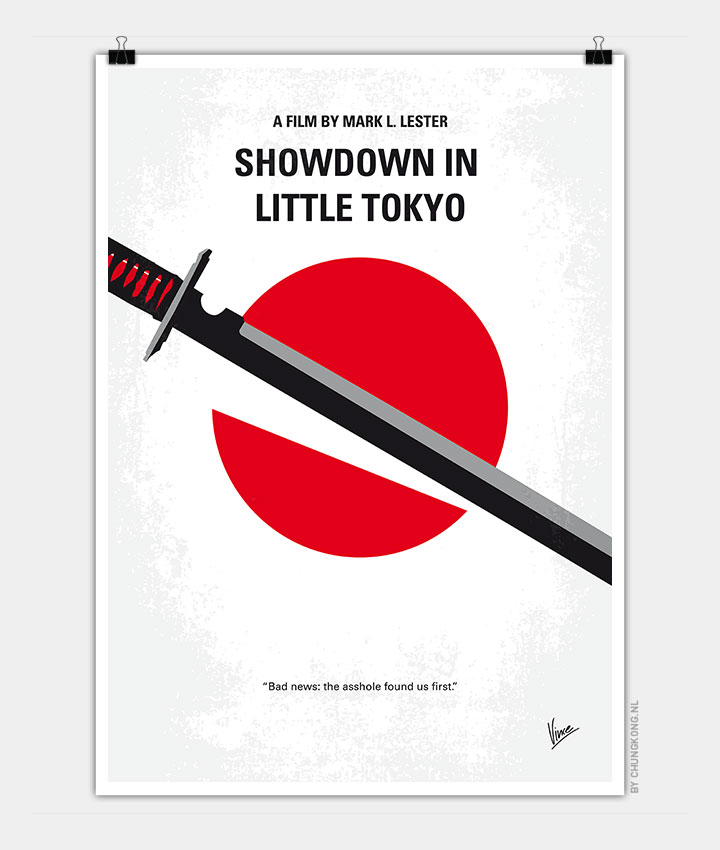 Detective Chris Kenner was orphaned as a child as his father was in the service and was killed and lived in Japan. Now he is on the trail of ruthless Yakuza leader named Yoshido, who helped establish a small Japanese area in Los Angeles and is now running a drug ring disguised as a brewery. However, Kenner must team up with a Japanese-American detective named Johnny Murata, and he also must protect a witness named Minako who would testify against Yoshido. But what Kenner will soon discover that he will be in a lot more than what he bargained for.

Storyline
For 400 years, Japan has been home to a secret criminal organization dedicated to its own supremacy in the underworld. Ruled by an ancient, arcane code of honor, the deadly Yakuza have been among the most feared members of society. Even today, they are immediately recognizable by the stunningly ornate tattoos that cover their bodies, telling the terrifying story of their stature and career in a dark order that knows no mercy. Now the Yakuza are coming to Los Angeles. But in America, they’re going to meet their match. Two cops are on their trail. One’s an American raised in Japan. He’s got the mind and spirit of a samurai, and the body of a human fighting machine. The other’s a Japanese-American raised in California’s San Fernando Valley. He’s into malls, pizza and MTV. But he can disarm five gunmen with his bare feet. One’s a warrior. One’s a wise-ass. But together they’ve got what it takes to remove some tattoos from Little Tokyo.