No525 My Entourage minimal movie poster 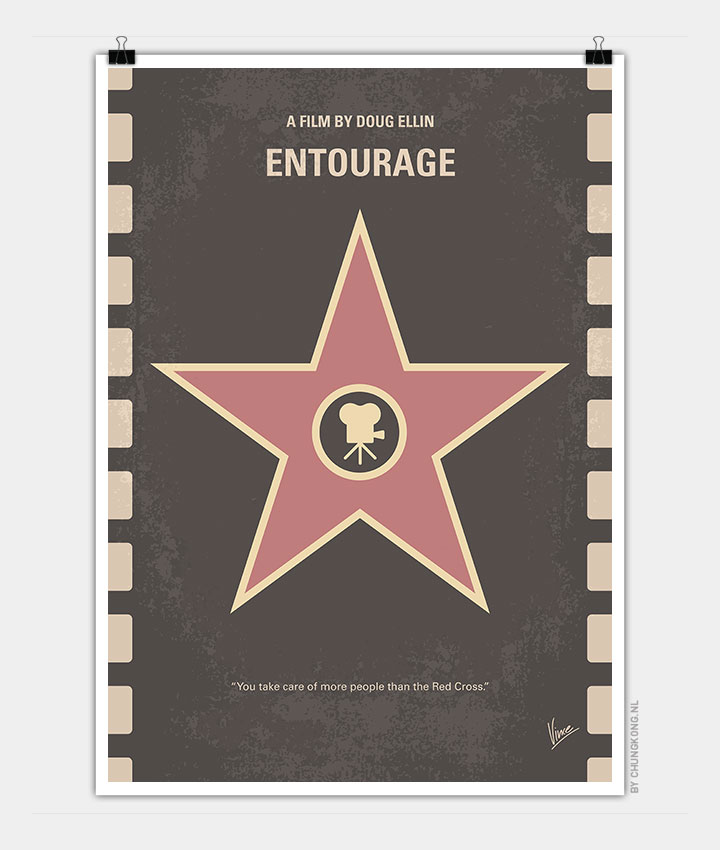 Movie star Vincent Chase, together with his boys Eric, Turtle, and Johnny, are back – and back in business with super agent-turned-studio head Ari Gold on a risky project that will serve as Vince’s directorial debut.

Storyline
This movie picks up where the TV show ended. Vincent Chase is offered a role by his former agent now Studio boss Ari Gold in a movie he is developing. Vincent agrees on the condition that he be allowed to direct the movie also. Nearly a year later, Vince is uncertain if the movie is ready, so he asks Ari for money to finish the movie. But Vincent has asked for money more than once already and Ari’s bosses are not happy of how much they’re spending. But he goes to their backer to ask for more money and he wants to see what Vince has shot so far but Vince won’t let anyone see it yet. But he’s planning a screening, and asks the backer to come to L.A. with him but he can’t so he sends his son instead. At the screening Vince decides not to show it. But gives out DVDS. The son after watching the movie, says he has issues with Drama, Vince’s brother who has a small role in the movie. Vince is unwilling to drop him. When they appease the son, he then says he has issues with Vince. So as they try to fix the situation, Ari’s catching heat both professionally and personally. And Vincent’s friend, E who is expecting a baby with his ex Sloane, is trying to decide if he wants to get back with her.