No533 My Fletch minimal movie poster 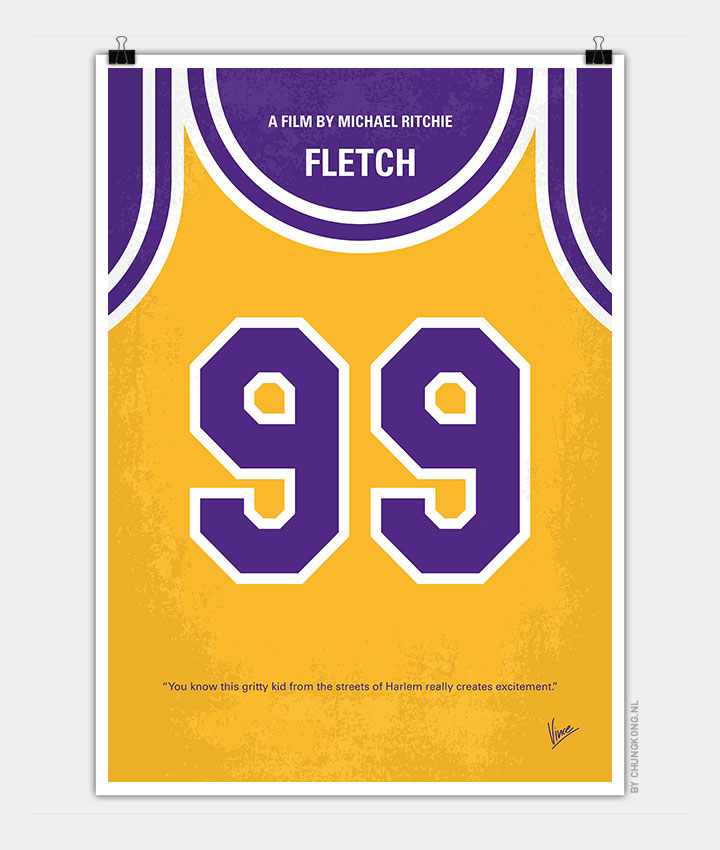 Irwing M. “Fletch” Fletcher is a newspaper reporter being offered a large sum to off a cancerous millionaire, but is on the run, risking his job, and finding clues when it’s clear he’s healthy.

Storyline
Irwin “Fletch” Fletcher, Los Angeles journalist, really lives for his profession. As Jane Doe, he publishes articles that have caused several heads to roll in the past. Now, Fletch is at it again: In disguise as a bum, he lives at the beach, researching drugs and their dealing. One day, Fletch is addressed by Alan Stanwyk, a rich man, who asks him, the bum, a favour. For the sum of $50,000, Fletch should kill poor cancer-ridden Mr. Stanwyk with a gun, so that his wife will get the insurance money. What the guy didn’t think of was Fletch’s real profession. Returning into normal life, Fletch instantly takes up research not only to find out that Mr. Stanwyk is healthy as life itself but he also runs into certain connections between drug dealing at the beach, Alan Stanwyk, his private jet, the police and a very expensive piece of Land in Utah.