No542 My Stripes minimal movie poster 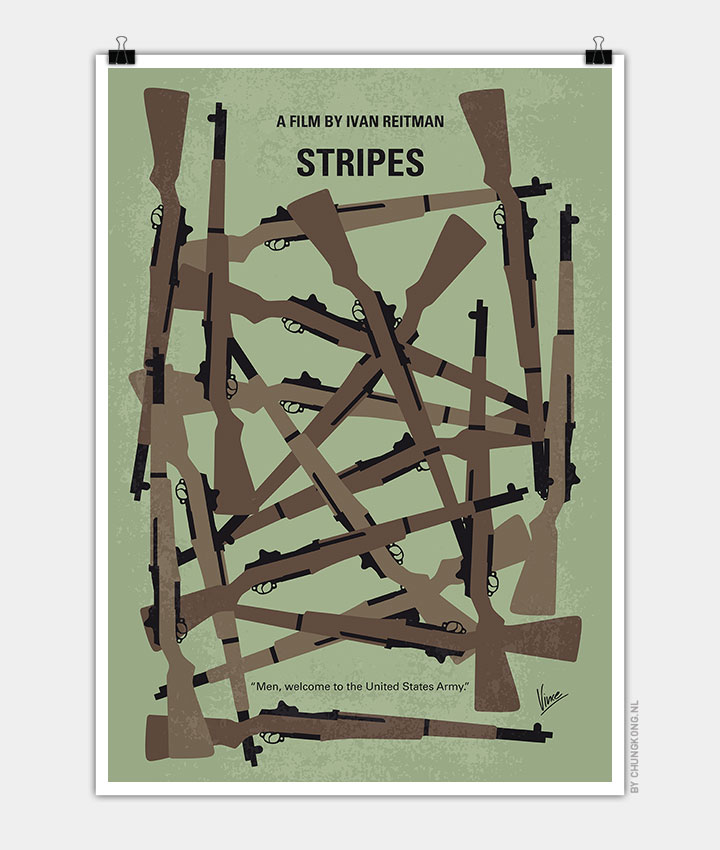 Two friends who are dissatisfied with their jobs decide to join the army for a bit of fun.

Storyline
Thanks to a run of bad luck and go-nowhere jobs, John convinces Russell to join the army so they can get in shape, likening it to a health spa. Once in boot camp, wiseguy John tangles with his by-the-book Sgt. and becomes the unofficial leader for his platoon, made up mostly of other misfits and assorted losers. After somehow making it through graduation, they are given a special assignment but, thanks to John’s romantic interest in a pretty MPO, the other men wind up behind the Iron Curtain until John, Russell, their dates and Sgt. Hulka make a daring rescue attempt in explosive style.