No544 My Kick-Ass minimal movie poster 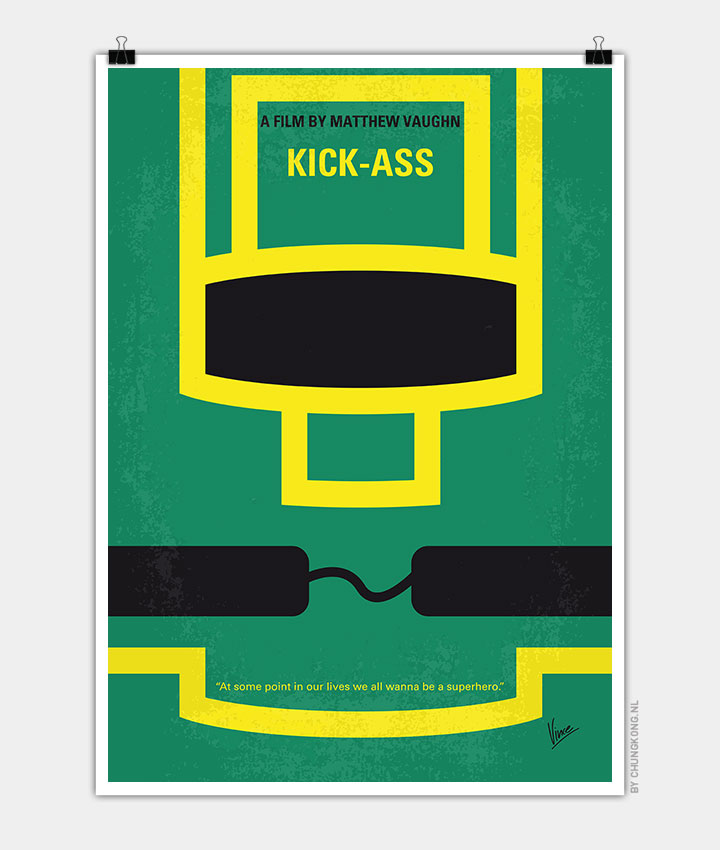 Dave Lizewski is an unnoticed high school student and comic book fan who one day decides to become a super-hero, even though he has no powers, training or meaningful reason to do so.

Storyline
In New York, teenager Dave Lizewski is a loser at high-school, a fan of comic books and ignored at school. He spends most of his time with his friends Marty and Todd who are also comic book fans. Dave has a crush on Katie Deauxma but she in turn does not even notice him. One day, Dave decides to make a difference to his life by becoming a masked superhero named Kick-Ass. In his first superhero role he attempts to prevent a car theft by two punks, but he is inadvertently stabbed by one of them and hit by a car later. Dave is taken to hospital where his bones are fixed with metal. When he recovers, Katie begins to notices him. That night, Dave helps a man being hunted down by three guys in front of a cafeteria, the teenagers record the fight with their cell phone cameras. Then they put the footage in Internet and Kick-Ass immediately becomes famous. Meanwhile the powerful gangster Frank D’Amico believes that Kick-Ass is responsible for actions against his gang and plots a scheme to destroy him.