No549 My Goodfellas minimal movie poster 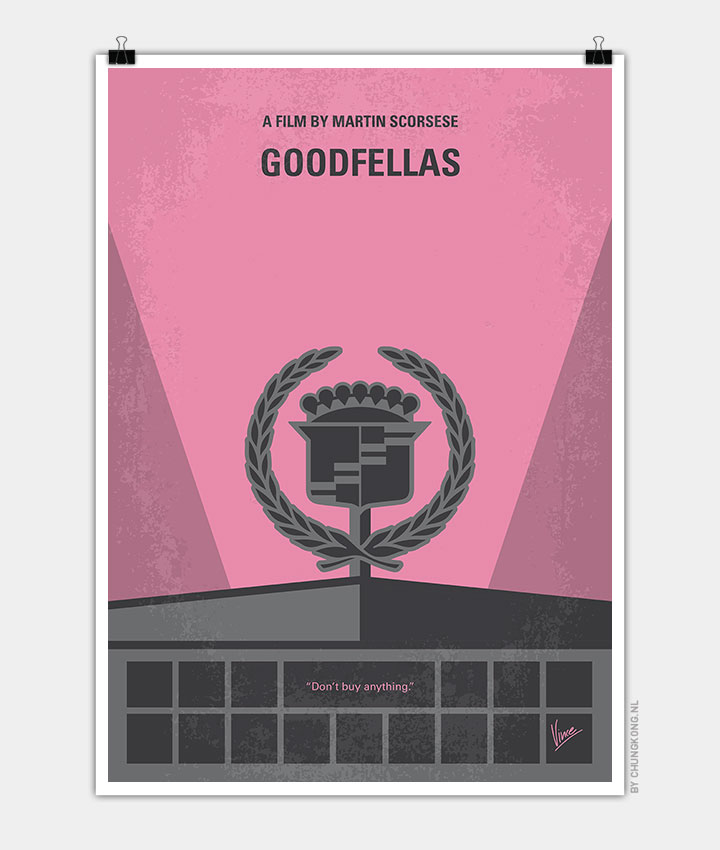 Henry Hill and his friends work their way up through the mob hierarchy.

Storyline
Henry Hill is a small time gangster, who takes part in a robbery with Jimmy Conway and Tommy De Vito, two other gangsters who have set their sights a bit higher. His two partners kill off everyone else involved in the robbery, and slowly start to climb up through the hierarchy of the Mob. Henry, however, is badly affected by his partners’ success, but will he stoop low enough to bring about the downfall of Jimmy and Tommy?