No550 My Freddy Got Fingered minimal movie poster 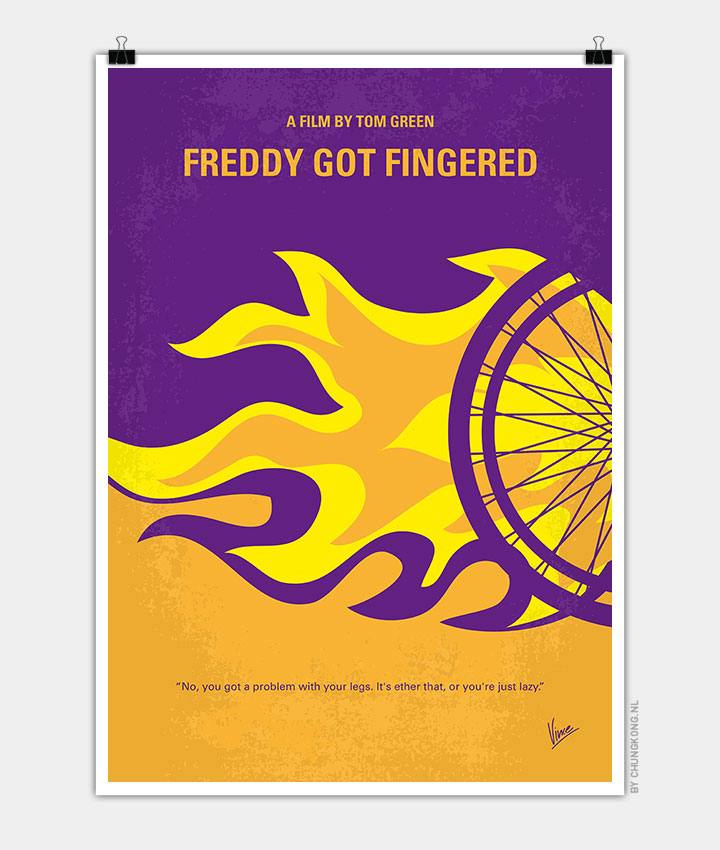 An unemployed cartoonist moves back in with his parents and younger brother Freddy. When his parents demand he leave, he begins to spread rumors that his father is sexually abusing Freddy.

Storyline
Gordon, 28, an aspiring animator, leaves his home in Oregon to sell his ideas to Hollywood. After being told, correctly, that they are quite possibly the most stupid ideas ever and that he needs to spend time rethinking them, he moves back home. But his father, never a kind man, escalates his mean treatment of his rather unconventional son. Meanwhile, Gord has fallen for Betty, an attractive doctor at the hospital where his friend is staying; she happens to use a wheelchair, and to delight in having her paralyzed legs beaten with a bamboo cane; her sexual aggression intimidates him. Gord’s family goes to a psychiatrist, and he lies to her that his father molests Gord’s brother, Freddy; Gord neglects to mention that Freddy is 25. Soon, Gordon has the house to himself, and comes up with a winning animated series, “Zebras in America” based on his own family. All this is really a framework on which Tom Green hangs his usual crazy stunts.