No552 My The Transporter minimal movie poster 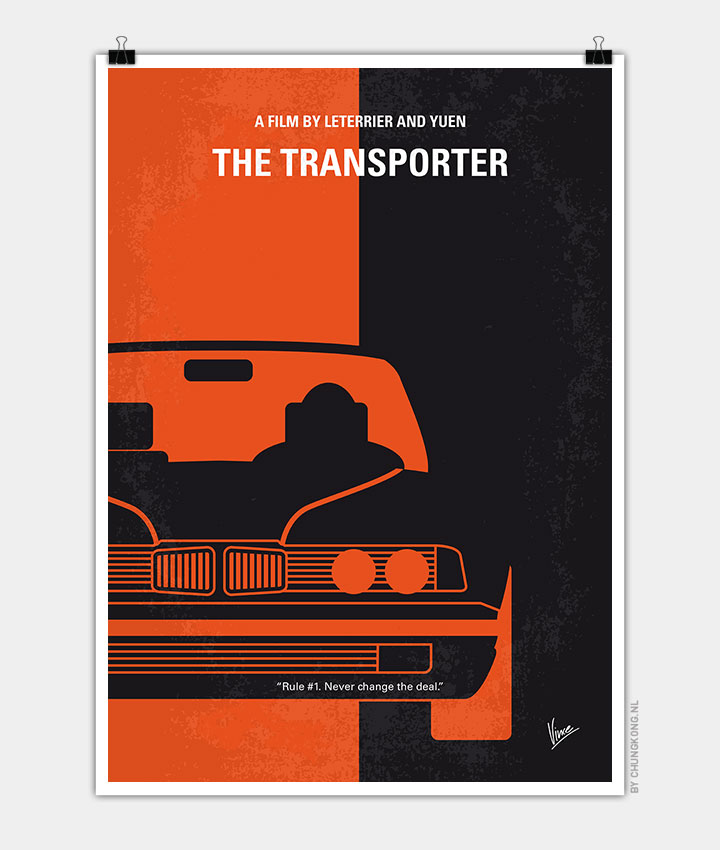 Frank is hired to “transport” packages for unknown clients and has made a very good living doing so. But when asked to move a package that begins moving, complications arise.

Storyline
Ex-Special Forces operator Frank Martin lives what seems to be a quiet life along the French Mediterranean, hiring himself out as a mercenary “transporter” who moves goods–human or otherwise–from one place to another. No questions asked. Carrying out mysterious and sometimes dangerous tasks in his tricked-out BMW, Frank adheres to a strict set of rules, which he never breaks. Rule One: Never change the deal. Rule Two: No names–Frank doesn’t want to know whom he’s working for, or what he’s transporting. Rule Three: never look in the package. Frank’s newest transport seems no different from the countless ones he’s done in the past. He’s been hired by an American known only as “Wall Street” to make a delivery; but when Frank stops along the route, he notices his package is moving. Violating Rule Three, Frank looks inside the bag, finding its contents to be a beautiful, gagged woman. Frank’s steadfast adherence to his other two rules–which make up his basic code of survival–also quickly fails, hurtling him and his new companion on a road leading to shocking secrets, deadly complications, and the last thing that Frank ever expected to come to believe: that rules are made to be broken.