No556 My Electroma minimal movie poster 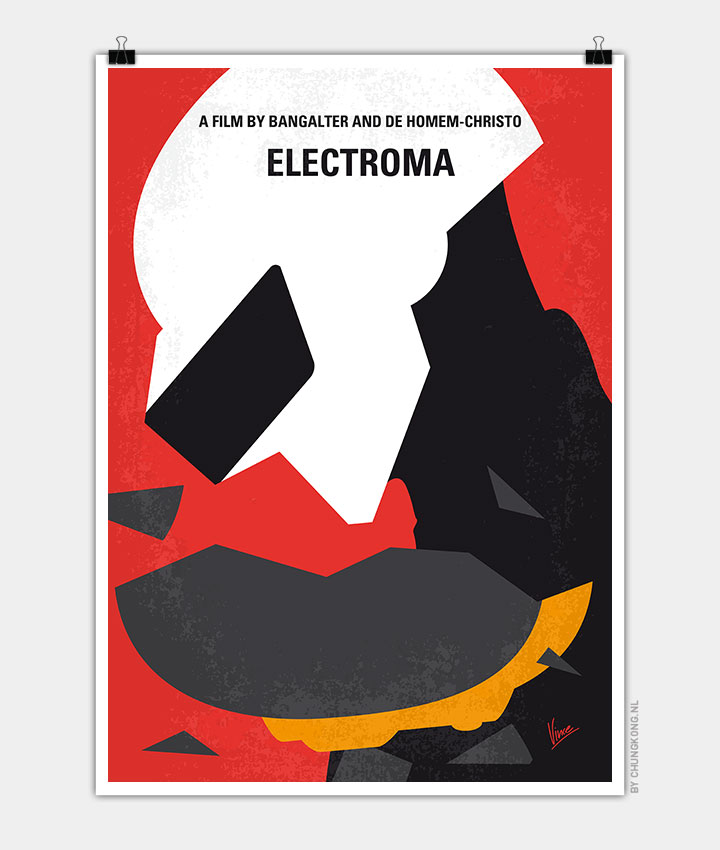 Follows the history of two robots, the members of Daft Punk, on their quest to become human.

Storyline
Daft Punk’s Electroma is an odyssey of two robots who journey across a mythic American landscape of haunting, surreal beauty on a quest to become human. Their symbolic quest, which takes them from endless two lane highways to small idyllic towns to the arid desert, finds Daft Punk once again resisting conformity and developing new ways to highlight their inventive vision. A silent feature-length film that made its international debut at the 2006 Cannes Film Festival, Electroma will interest Daft Punk fans and film enthusiasts alike. With its breathtaking cinematography, innovative filming techniques, and above all its underlying search for humanity within a dystopian environment, Daft Punk have delivered a film that finds a common thread with their previous work while exploring new horizons as directors of their first feature film