No557 My Get Carter minimal movie poster 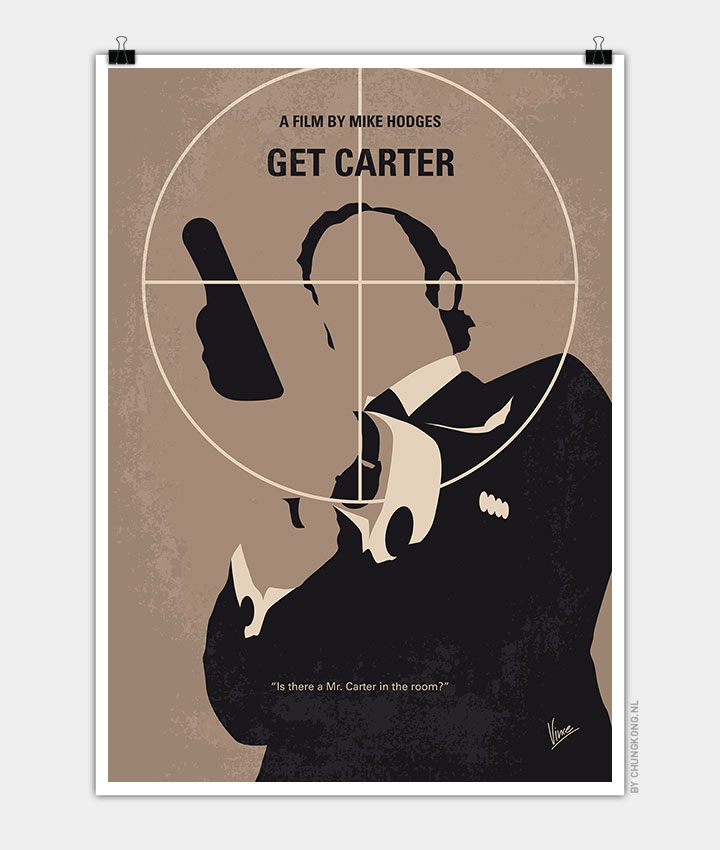 When his brother dies under mysterious circumstances in a car accident, London gangster Jack Carter travels to Newcastle to investigate.

Storyline
A vicious London gangster, Jack Carter, travels to Newcastle for his brother’s funeral. He begins to suspect that his brother’s death was not an accident and sets out to follow a complex trail of lies, deceit, cover-ups and backhanders through Newcastle’s underworld, leading, he hopes, to the man who ordered his brother killed. Because of his ruthlessness Carter exhibits all the unstopability of the android in Terminator, or Walker in Point Blank, and he and the other characters in the film are prone to sudden, brutal acts of violence.