No559 My Seven Years in Tibet minimal movie poster 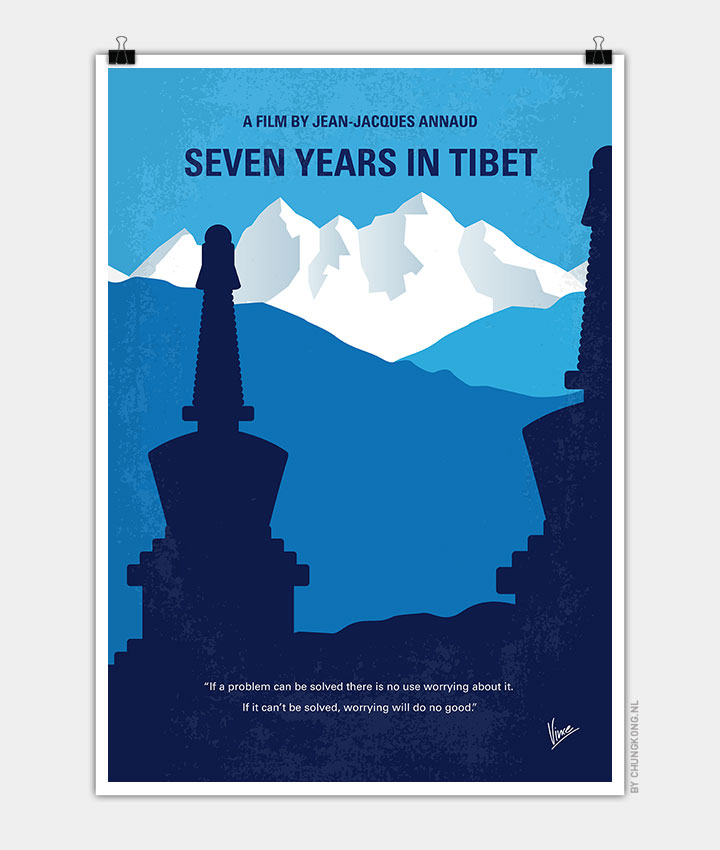 True story of Heinrich Harrer, an Austrian mountain climber who became friends with the Dalai Lama at the time of China’s takeover of Tibet.

Storyline
After the death of 11 climbers, Austrian Heinrich Harrer (Brad Pitt) decides to add glory to his country and to the German pride by climbing Nanga Parbat in British India, and leaves his expectant wife behind. Egoist and a loner, he does not get along with others on his team – but must bend to their wishes after bad weather threatens them. Then WWII breaks out, they are arrested and lodged in Dehra Dun’s P.O.W. Camp. He attempts to break out in vain several times, but finally does succeed along with Peter Aufschnaiter (David Thewlis), and end up in the holy city of Lhasa – a place banned to foreigners. They are provided food and shelter, and Peter ends up marrying a tailor, Pema Lhaki, while Heinrich befriends the Dalai Lama. He meets regularly to satiate the child’s curiosity about the world, including Jack the Ripper and ‘yellow hair’; in return he is exposed to teachings of Lord Buddha.