No566 My Escape From Alcatraz minimal movie poster 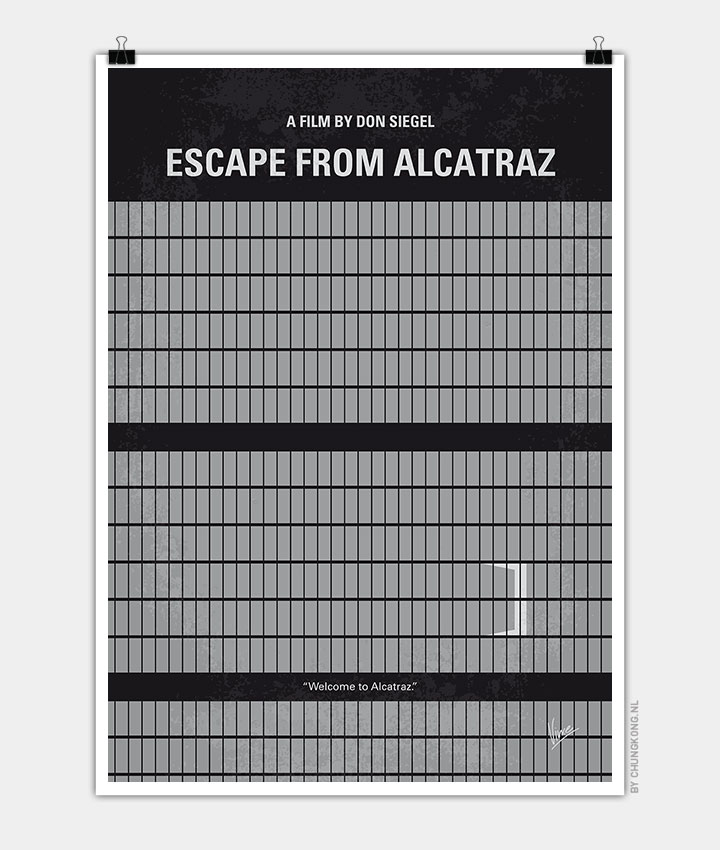 Alcatraz is the most secure prison of its time. It is believed that no one can ever escape from it, until three daring men make a possible successful attempt at escaping from the most infamous prisons in the world.

Storyline
The true story of Frank Morris, a cunning bank robber who was sent to Alcatraz Island, the most feared prison in the world. Although nobody had ever escaped from Alcatraz, Frank masterminded this elaborately detailed and, as far as anyone knows, ultimately successful, escape. In 29 years, this seemingly impenetrable federal penitentiary, which housed Al Capone and “Birdman” Robert Stroud, was only broken once by three inmates never heard of again.