No569 My The Beach minimal movie poster 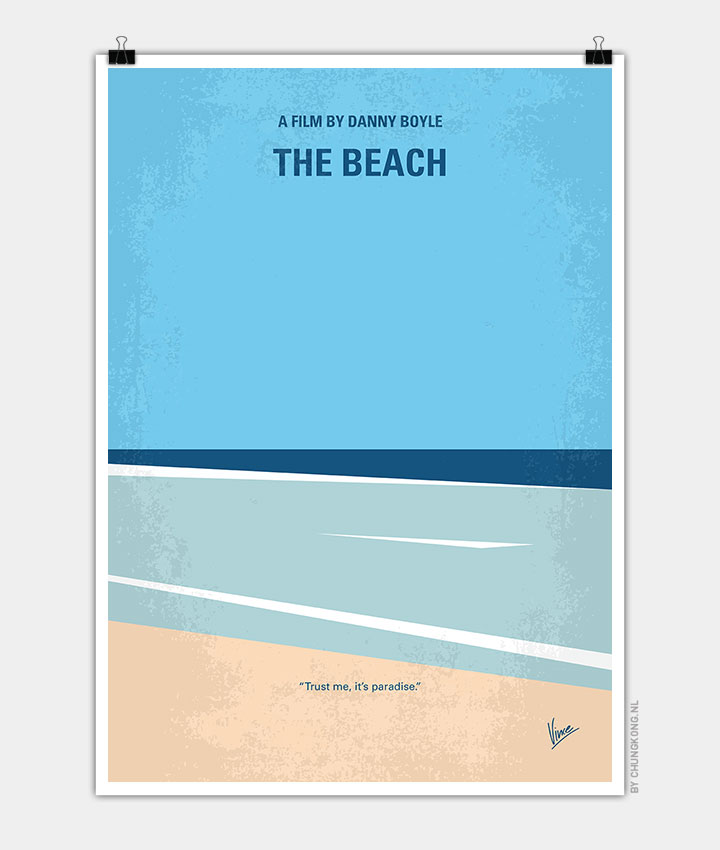 Twenty-something Richard travels to Thailand and finds himself in possession of a strange map. Rumours state that it leads to a solitary beach paradise, a tropical bliss – excited and intrigued, he sets out to find it.

Storyline
Garland’s novel centers on a young nicotine-addicted traveler named Richard, an avid pop-culture buff with a particular love for video games and Vietnam War movies. While at a hotel in Bangkok, he finds a map left by his strange, whacked-out neighbor, who just committed suicide. The map supposedly leads to a legendary island paradise where some other wayward souls have settled.