No572 My Man from UNCLE minimal movie poster 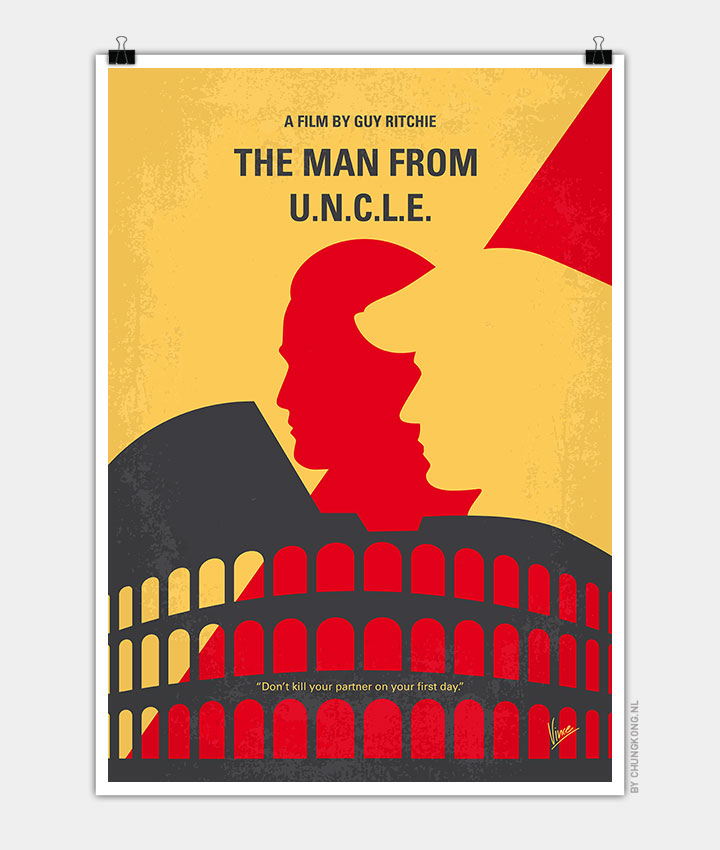 In the early 1960s, CIA agent Napoleon Solo and KGB operative Illya Kuryakin participate in a joint mission against a mysterious criminal organization, which is working to proliferate nuclear weapons. The two top agents of the United Network Command for Law and Enforcement fight the enemies of peace, particularly the forces of THRUSH.

Storyline
In the 1960s with the Cold War in play, CIA agent Napoleon Solo successfully helps Gaby Teller defect to West Germany despite the intimidating opposition of KGB agent Illya Kuryakin. Later, all three unexpectedly find themselves working together in a joint mission to stop a private criminal organization from using Gaby’s father’s scientific expertise to construct their own nuclear bomb. Through clenched teeth and stylish poise, all three must find a way to cooperate for the sake of world peace, even as they each pursue their own agendas.