No578 My Super 8 minimal movie poster 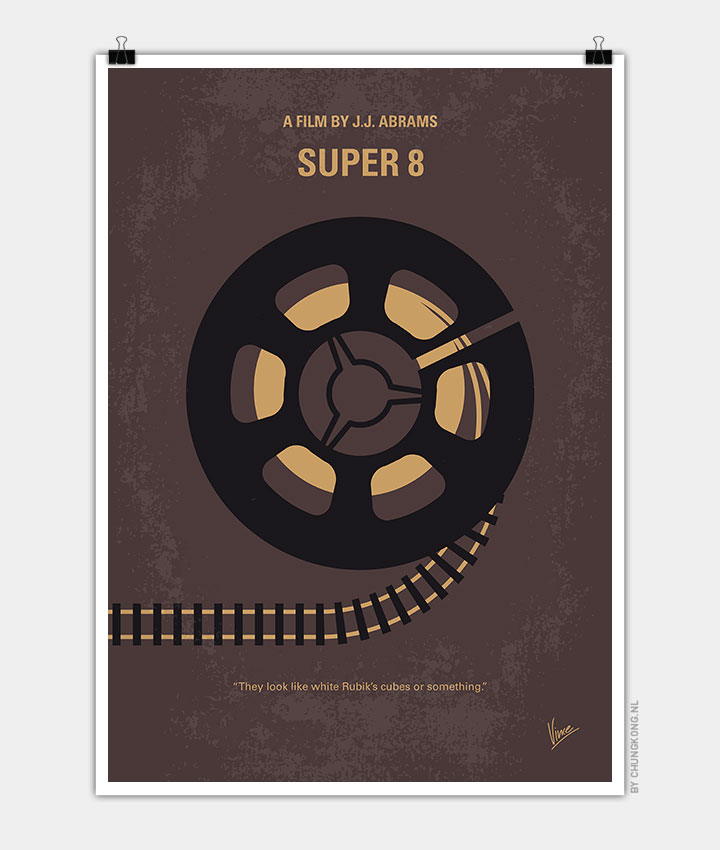 During the summer of 1979, a group of friends witness a train crash and investigate subsequent unexplained events in their small town.

Storyline
In the summer of 1979, six friends spend their time making a zombie movie with an 8mm camera. Joe Lamb does the make-up and he tales a liking to Alice Dainard who has only recently joined the group. While filming at the local railway depot, they see one of their teachers, Dr. Woodward, turn his truck onto the track and drive into an oncoming train which derails. As they continue trying to make their film, they realize that an extra-terrestrial was being carried on that train and is now loose in the community.