No581 My King of Kong minimal movie poster 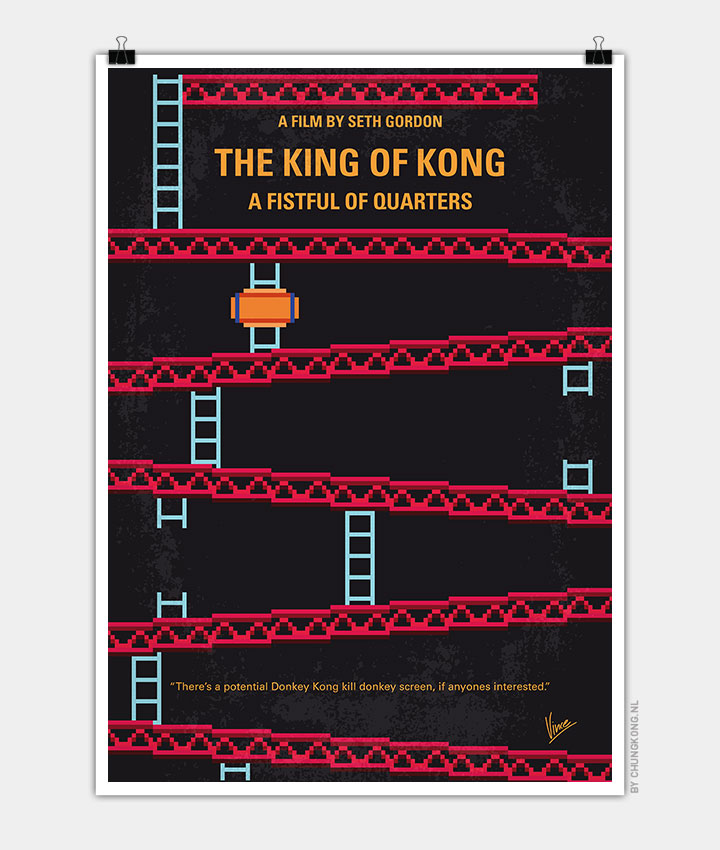 Storyline
In the early 1980s, legendary Billy Mitchell set a Donkey Kong record that stood for almost 25 years. This documentary follows the assault on the record by Steve Wiebe, an earnest teacher from Washington who took up the game while unemployed. The top scores are monitored by a cadre of players and fans associated with Walter Day, an Iowan who runs Funspot, an annual tournament. Wiebe breaks Mitchell’s record in public at Funspot, and Mitchell promptly mails a controversial video tape of himself setting a new record. So Wiebe travels to Florida hoping Mitchell will face him for the 2007 Guinness World Records. Will the mind-game-playing Mitchell engage; who will end up holding the record?