No586 My Men in Black minimal movie poster 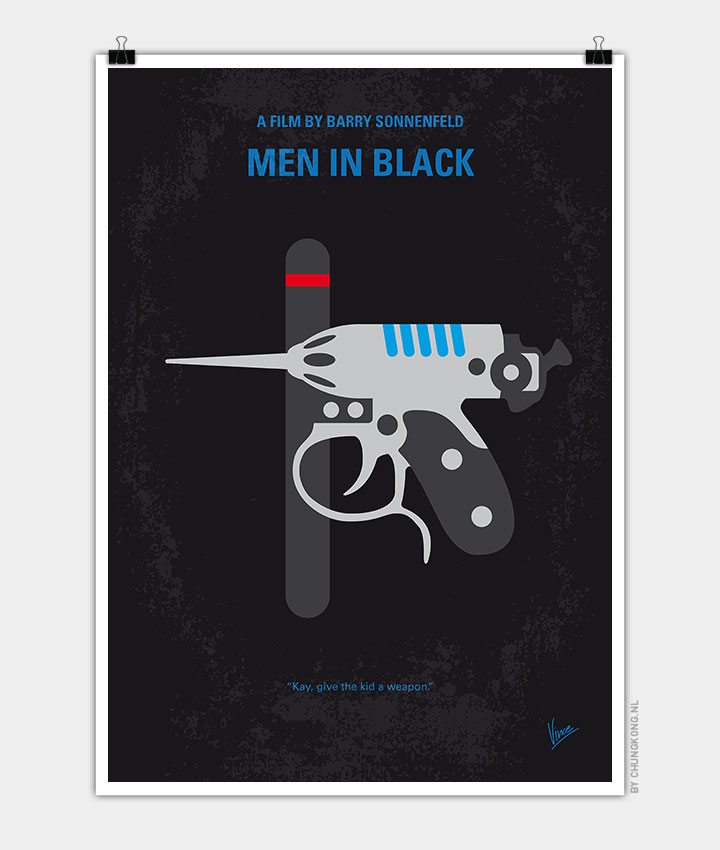 Storyline
Based off of the comic book. Unbeknownst to other people, there is a private agency code named MiB. This agency is some kind of extra terrestrial surveillance corporation. Then, one of the agency’s finest men only going by the name “K”, is recruiting for a new addition to the agency. He has chosen James Edwards of the N.Y.P.D. Then, one day, a flying saucer crashes into Earth. This was an alien a part of the “Bug” race. He takes the body of a farmer and heads to New York. He is searching for a super energy source called “The Galaxy”. Now, Agents J and K must stop the bug before it can escape with the galaxy.